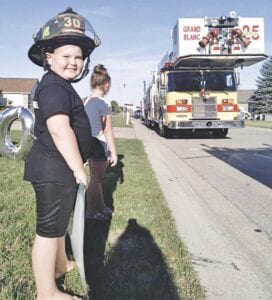 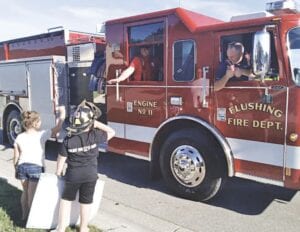 Kolby Adams, 7, was surprised to find out that all that commotion in his neighborhood was for him. On Tuesday, Aug. 11, more than 70 fire trucks, ambulances and police vehicles combined to form a two-mile long parade to honor the Swartz Creek youngster who has won their hearts. Kolby is known to many for his vlog, Michigan Fireside Cinema, on YouTube. Kolby, with help from his parents, Don and Jamie Adams, chases fires, film and photograph the goings-on on scene, and post them online to show what firefighters do for their communities. The procession also included a fly-over by a medical helicopter. Kolby said he was surprised, and his favorite part was that his girlfriend was there.