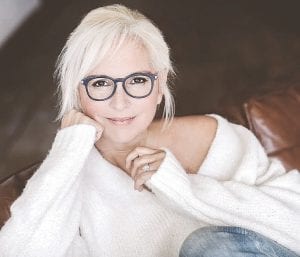 Bowers Wallace joins a list of past speakers of women who all have done great things in and for the state of Michigan. This year’s event is being held April 20, at the Holiday Inn Gateway Centre in Flint from 11:30 a.m.-1:30 p.m.

A Genesee County resident, Bowers Wallace is a writer, producer, director and head of NBW Films. She focuses her projects based around social issues, personal stories, and the journey from tragedy to triumph.

She is the recipient of numerous international independent film awards including Best Short and Best Comedy for her documentary Pretty Funny Nicole. More recently, Bowers Wallace has been working on Ring of Silence, which shines a light on the dark subject of human trafficking, a film shot in Genesee County which is slated to be released this fall.

Her current project, Miracle Makeover: Neumann Family centers on a family from Clio who have two children battling cancer and how the community comes together to renovate their home.

The cost of the event is $30 and includes a plated lunch. Those wishing to attend can register at flintwomensforum.org by selecting the Celebration of Women 2018 link. — G.G.