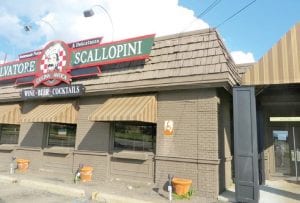 Salvatore Scallopini on Miller Road has closed to make way for the opening of an IHOP. Movers were on-site recently moving out some furniture. Signs posted on the door indicate that the restaurant has closed but still hopes to relocate.

FLINT TWP. — After 28 years, Salvatore Scallopini restaurant, 3227 Miller Road, has closed its doors to make way for a new use.

“Due to circumstances beyond our control, we are closed for business,” said a notice taped to the glass of the locked front door. A second sign asks patrons to check Scallopini’s Facebook page for updates on the restaurant’s future.

As of last week, there were no Facebook updates but several patrons commented that the restaurant would be missed and hoped they find a new location soon.

The township Planning Commission approved a site plan to redevelop the building into an IHOP, which is famous for its pancake breakfasts.

John Baker, of Trinity Restaurant Group, based in Newport Beach California, presented a plan that included redevelopment of the entire site. An adjacent vacant building will be torn town to make room for parking. That building operated for many years as a Wendy’s but most recently housed a Happy’s Pizza franchise, which moved out in 2013. 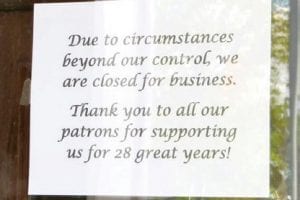 Baker said the Salvatore Scallopini building will be remodeled and an addition added. When finished, it will seat 224 people. Extensive landscaping and restructuring the parking lot is part of the plan.

Developers also hope to reconfigure traffic lights to improve access to the property, which faces the busy entrance and exit ramps of the I-75 freeway.

Commenting on the plans during the annual meeting of the township Economic Development Corporation, Township Supervisor Karyn Miller said developers have been working with the Michigan Department of Transportation to resolve bottleneck problems at the entrance to the site.

“They will want as many customers to get in as possible,’’ she said.

John Baker and Dino Savant founded Trinity Restaurant Group in early 2004, according to a company bio posted online. The two men worked in the corporate structure of many national and international brands ranging from quick serve to casual dining. Both acquired a diverse skill-set that led to them starting an IHOP Restaurant chain in the Michigan region. The company has grown from operating 5 restaurants to over 24 locations.

Most recently, the company opened an IHOP in Canton in February of this year.