Look back at Super Bowl 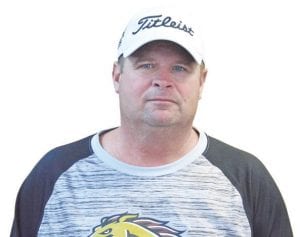 The Fat Guy is back from a trip out of the country where sun and suds were the mission. Mission accomplished on both ends. I am already missing the sun and wish it was 80 degrees in Michigan instead of eight! My liver says the suds can take a break, though! It is winter in Michigan so the summer weather will be here eventually.

I flew out on Super Bowl Sunday, yet arrived in time to watch the Patriots and the Rams football game. The problem is, my excitement of warm weather, laughing with friends, barley pops, tequila, and margaritas made me not pay too much attention to the game. I was so mad I didn’t tape the game before I left, you have no idea.

Here are my few observations I came away with. First, I was shocked at how low scoring of a football game it was. It actually was the lowest ever for a Super Bowl. The play of the two quarterbacks was not tremendous. The difference was Tom Brady did just enough to win for his team. The play of Jared Goff was brutally awful and I can’t sugar coat it for him, as he stunk! The coaching mismatch was apparent, as the Hoodie had the Patriots ready and totally prepared. The Rams coach, Sean McVay, his game plan came right out of a Lucky Charms cereal box, if you ask me. I tip my fork and steak knife to Bill and Tom on their sixth championship together! The NFL season is over and the Lions’ Super Bowl once again will be in April at the NFL Draft. Rooaarr!

The new football league, Alliance of American Football (AFF), played last weekend and the reviews were pretty darned good. The ratings were solid and the play on the field was pretty darned good, also, according to people who tuned in. It caught my attention and I will watch and formulate my opinion on the new AFF. If by chance you did watch it, drop me an e-mail with your thoughts.

The college basketball scene will take center stage for me until the end of March. I mean, the Pistons are a tough watch, although playing a little better lately. The Red Wings are out of playoff contention already. Oh, how I miss Red Wing playoff hockey.

The Purdue Boilermakers are red-hot having ripped off eight straight wins on the hardwood. The Tom Izzo-coached Spartans suffered a tough loss at home to Indiana and then lost at Illinois in shocking fashion. I imagine little Tommy did a little yelling at practice? Yes, I am quite sure he did.

The Wolverines took care of Wisconsin in a revenge spot at home after losing to Wisconsin on their home floor. The Spartans and Wolverines have two meetings yet against each other. The first time will be in Ann Arbor on February 24 and the rematch will be in East Lansing on March 9. Could the March 9 game be for all the marbles and a Big Ten championship? Highly possible and two much anticipated basketball games. When looking ahead to March Madness I see six to eight teams that can win the championship.

The Super Bowl of racing, the Daytona 500, will run Sunday on Fox at 2:30 pm. The defending champ is Austin Dillion and yes, I had to look it up, if you were wondering. I know all the gear heads will be wound up and tuning in. I will watch the last 10 laps and that’s the extent of my NASCAR watching. I hope all you NASCAR fans enjoy and may your driver take home the checkered flag. Start your engines.

It’s Tuesday and, yes, the Detroit Tigers pitchers and catchers are reporting to Lakeland, Florida! It can’t be that time already can it? I know spring training can get Tiger fans thinking summer and baseball will be right around the corner. I am usually one of those guys, but the excitement is just not there for me with this Tigers’ team. I think this team will be about exciting as watching me do Zumba or yoga stretches. If we want excitement maybe we can get another television booth fight started? I actually will miss Mario and Rod announcing. I liked listening to both. I can’t stand Gibson, personally, though. I know this team will look like the Bad News Bears, but I will still follow because I love baseball. I will also still attend Opening Day like I do every single season. I call it a right of passage at Nemo’s Bar in the “D.” thefatguy@mihomepaper.com