Looking ahead through the eyes of forecasters 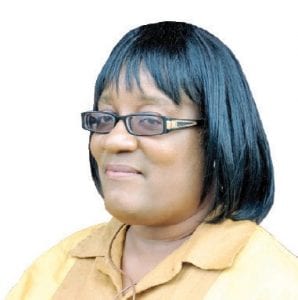 A report making the rounds on the Internet last week highlighted a prediction that Barack Obama would be the last U.S. president. Right or wrong, that certainly got my attention.

The prediction was made by Baba Vanga, a blind Bulgarian woman who was credited as an accurate prophetess, forecaster or whatever you call people who claim to see the future. She died in 1996.

Her many predictions said to have come true include the “steel birds” that destroyed the World Trade Center Sept. 11, 2001; the devastating 2004 Indian Ocean tsunami; global warming and that the 44th president of the United States would be a black man. The latter was the focus of the recent report claiming Obama would be the last U.S. president. But when I looked it up and read her (supposed) actual words, I interpreted her prediction to say that Obama would be the last black president. Whether or not you believe in psychic forecasts, ultimately the future will reveal the truth, if you live long enough to see it.

But with this being that time of year when predictions and forecasts are popular, why not look at other Baba Vanga predictions, just for the fun of it?

I had never heard of her before last week. Reportedly, she received thousands of daily visitors coming in search of her wisdom or a glimpse into their future. A survey of those visitors credited her with an 80 percent accuracy rate.

For me, her most intriguing prediction is that the cure for cancer will come from iron. She also praised modern science but said that God, faith and miracles play a big role in healing and good health.

She cautioned us to love one another because our survival depends on it.

She said that Mother Earth will retaliate if humans don’t do a better job of conservation. She forecast a time when water will become so scarce it will be more valuable than gold.

She forecast nuclear war and destruction and that the Earth will be dead by the year 3797 but humans will survive by moving to another planet.

She spoke of the second coming of Jesus Christ and said apostles are already here on earth paving the way for His return.

Google her name if you want to read more of her predictions and advice.

While on the subject of forecasts, and with a new president coming in this month, I also am very curious about what 2017 holds economically. So, I am looking forward to the annual visit from two economic forecasters from the Detroit branch of the Federal Reserve Bank who are coming to Baker College-Flint on Tuesday. They draw their economic forecast from a range of indicators including employment, home values and car sales, health insurance and employment. Their presentation is open to the public and will be held 5-7 p.m. Jan. 10 at the Baker Center for Business, 1050 W. Bristol Road. Come and see.