Looking back on 2019 in Flint Township 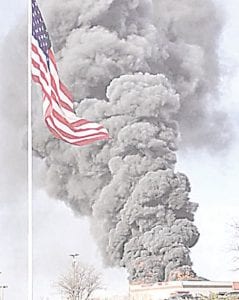 Black smoke billowing from the Discount Tire, 3352 S. Linden Road, in April. A massive fire there caused extensive damage to the building.

FLINT TWP. — The past year has been an eventful one, with everything from a failed millage for Carman-Ainsworth Community Schools, to the discovery of PFAS at Bishop Airport and the sale recently of the Genesee Valley Center.

Here’s a look back at the past year: 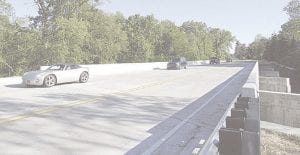 Motorists driving over the new, $1.8 million Mill Road Bridge between Beecher Road and Flushing Road in Flint Township after it reopened in June. File photos

Saginaw Township police officer Jeff Koenig was shot in the face during a traffic stop in the early morning hours of Jan. 22, leading to a day-long manhunt for the alleged shooter. Shooter Joshua M. Rosebush, 29, was shot and taken into custody at approximately 1 p.m. Thursday after a police pursuit in Shiawassee County, which led to Flint Township and eventually to his arrest in Burton.

Elevated levels of PFAS were found on the property surrounding Bishop International Airport in Flint Township, prompting concerns by residents of nearby Lindenwood Farms. The state announced it added Bishop Airport to a list of sites requiring further investigation after the Michigan Department of Environmental Quality collected six groundwater samples from monitoring wells on airport property.

The Michigan Department of Environmental Quality gave an update to the Flint Township Board of Trustees, March 4, on its investigation into the discovery of PFAS at a former landfill located at Bishop International Airport. Paul Bucholtz of the MDEQ addressed the board and assured the community the state is doing all it can to find out if residents around the airport property are drinking safe well water. 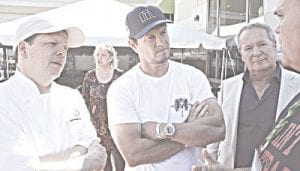 Mark and Paul Wahlberg were at the grand opening of the new Wahlburgers in Flint Township in June.

Peckham Inc. hosted a hiring event for individuals with disabilities or other barriers to employment interested in apparel sewing machine operator jobs on March 13 at the Genesee Valley Center, 3341 S. Linden Rd., Flint. The hiring event was a result of Peckham’s recent expansion to the greater Flint region.

A fire at Discount Tire, 3352 S. Linden Road, caused extensive damage to the building. Flint Township Fire Chief Thomas Stadler said firefighters arrived at the scene at about 5:27 p.m. March 27, about four minutes after getting the call. Heavy black smoke could be seen from Interstate 69, and windy conditions stoked the flames coming from the roof of the building. Stadler said the fire started in a storage area that held more than 2,000 tires and 300 to 400 custom wheels. 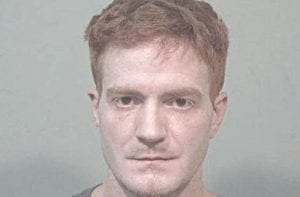 Joshua M. Rosebush, 29, was shot and taken into custody back in January after a police pursuit in Shiawassee County, which led to Flint Township and eventually to his arrest in Burton. Rosebush shot a Saginaw Township police officer in the face during a traffic stop. The officer survived.

Carman- Ainsworth voters rejected a 1-mill increase in the district’s sinking fund, potentially generating $750,000 a year from 2019 to 2023; and a Headlee Amendment override not to exceed 2.1314 mills that would have generated $45,000 a year for the same period.

Superintendent Eddie Kindle said security concerns were the reason the district was asking for a sinking fund increase, citing the district’s plans to install more than 300 quick action locks on classrooms throughout Carman-Ainsworth’s school buildings.

Flint Township hopes to breathe new life into an abandoned amusement park with the help of a $1.5 million state grant. Pirate’s Park, 4175 Miller Road, once was the place to be on warm, sunny days with its water park, paddle boats, batting cages and putt-putt golf. The grant was received and approved by the board May 16. Flint Township Economic Enhancement Director Tracey Tucker said the township would need to supply matching funds in order to purchase the property.

The new $1.8 million Mill Road Bridge between Beecher Road and Flushing Road in Flint Township opened. The bridge was closed for 18 months. Work on the 225- foot bridge was to have been completed last year, but construction was halted when union workers were locked out during a contract dispute. The bridge was closed in November 2017 after inspectors found its deck and support beams were not safe.

Mark Wahlberg, known for such movies as Transformers, Ted and The Fighter, came to Flint Township in June with brother Paul to cut the ribbon officially opening their new Wahlburgers restaurant at Genesee Valley Center. The brothers, who have a reality TV show on A&E which focuses on their restaurant partnership, along with brother Donnie, then hosted a VIP party at the new restaurant attended by Flint Township officials and other guests.

A 15-year-old Flint boy was shot during a fight in the parking lot outside Carman- Ainsworth High School in Flint Township. Flint Township Police were sent to the school for a report of fight involving about 70 people. Police said the fight started inside the building at 1300 N. Linden Rd. and continued outside where Ethan Williams was shot in the chest. He was transported to Hurley Medical Center in Flint where he is in critical condition. Doctors said the bullet passed through his right lung and became lodged in his left lung, narrowly missing his heart.

Four juvenile males have been charged in the shooting of a 15-year-old boy on June 21 at Carman-Ainsworth High School in Flint Township. The Genesee County Prosecutor’s Office filed charges against the boys whose ages range from 14 to 16. They are charged with carrying a concealed weapon.

Residents of South Valley Estates took their fight with the mobile home park’s owner to state legislators and the Michigan Attorney General’s office. State Rep. John Cherry said he and other state legislators have found that Havenpark Management of Orem, Utah, owns nine mobile home parks in the state of Michigan, and residents at those parks have similar complaints about their absentee landlord. Havenpark owns 25 mobile home communities throughout the United States. Attorneys general in Iowa, Indiana and Ohio also have fielded complaints about the company’s business practices.

After five years at the helm, the director of Bishop International Airport resigned.

Craig Williams resigned in August “to pursue other professional opportunities.” Williams’ tenure at Bishop began in 2014 when he was chosen from a field of 30 candidates to replace longtime airport director James Rice. Williams previously worked in Indiana as director of operations and facilities for the Fort Wayne-Allen County Airport Authority.

The Flint Township Board of Trustees voted unanimously in August to sign an agreement to move forward with completing a title search, environmental survey and two property appraisals for Pirate’s Park. Economic Enhancement Director Tracey Tucker said the agreement has to be signed by Aug. 14 or the Township will lose the $1.5 million Michigan Department of Natural Resources grant.

The Bishop International Airport Authority has named Nino Sapone, its current deputy airport director, operations and maintenance, to be interim airport director. Sapone takes over for former director Craig Williams, who resigned in July after five years at the helm. Sapone came to Bishop in March after a nationwide search for his previous position from Pittsburgh International Airport, where he served as vice president, airport operations.

Peckham Inc. held an open house Sept. 5 at its Flint Township location at 3080 S. Linden Road. The renovated facility was a former furniture store and now has more than 33,000 square feet of manufacturing space. It also includes more than 8,000 square feet of flexible office and classroom space, an internet café and training rooms. The facility will provide up to 200 sewing machine operator jobs over the next 12 to 18 months for people with a wide range of disabilities.

Genesee County Prosecuting Attorney David Leyton filed a lawsuit in order to shut down the Hometown Inn, G-3277 Miller Rd., because he claims it has become a public nuisance.

Leyton filed suit in Genesee County Circuit Court to padlock the hotel for up to a year after documenting 130 instances where police were called to the location for a variety of problems.

The Hometown Inn, which was temporarily closed in 2015 for similar reasons, has stayed open after agreeing in court to clean up prostitution and drug trafficking at the hotel, which Leyton said the owners have not been doing since his office started documenting case there in August of 2018.

Additional safety measures will be put in place at Carman-Ainsworth Community Schools athletic events after a 17-yearold boy brought a pistol into a basketball game at Carman Ainsworth High School. Superintendent Eddie Kindle said use of some type of metal detector and a no bags, no purses policy would go into effect immediately at all future athletic events, in addition to continuing the safety measures already in place. The incident occurred at halftime of a high school basketball game between Carman-Ainsworth and Grand Blanc High School.

A meeting was held Dec. 11 to hear details of a Michigan Department of Transportation preferred alternative plan to reconstruct Interstate 75 in the area of Interstate 69.

The massive $539.2 million project calls for the reconstruction of I-75 from US-23 to Court Street and the interchange of I-75 and I-69, a high traffic area where problems include a high crash rate, potentially dangerous merges and heavy traffic congestion. The plan calls for building I-75 into an elevated span above I-69 and CN Railroad property; ramp work at Bristol, Miller and Corunna roads; and adding collector and distributor roads to separate through-traffic from vehicles trying to take ramps on or off.