Lots of fun on the football field last week and ahead 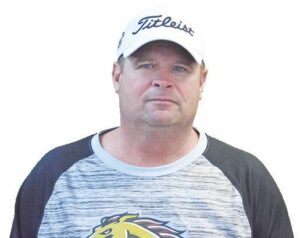 The college football weekend provided tremendous results in the State of Michigan.

The Michigan Wolverines rolled Northern Illinois, which was expected. What was not expected was the whipping Michigan State laid on the Miami Hurricanes! A nice 38-17 road victory for the Spartys. The running of Kenneth Walker III was super impressive carrying the rock 27 times for 172 yards. The quarterback Payton Thorne tossed four touchdowns in the win.

I know it’s early in the season, but I am liking what I see from Michigan State. The Spartans will be at home with a Big Ten game on tap as the Nebraska Cornhuskers come to East Lansing. The kick off will be at 7 p.m. The Fat Guy prediction is another Sparty Party as they shuck some corn. Michigan State 34 and Creamed Corn 24.

The Michigan Wolverines have a Big Ten home game against an improved Rutgers football team. I think Michigan will be tested in this contest by Rutgers. However, that Michigan running game is really churning out yardage on the ground. The Michigan running game looks old like old school college football three yards (more like six) and a cloud of dust. The crystal cheeseball tells the Fat Guy Go Blue 30 and Crud Gers 17. 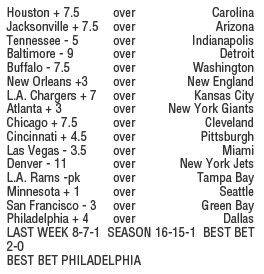 I want to tip my fork to Western Michigan, who upset the Pittsburgh Panthers on Saturday. What a sweet victory for the Broncos and the MAC conference.

A quick note on the Alabama and Florida game. Why can’t teams finish the deal when playing Alabama? The Florida Gators could have won, yet Saban’s team found a way to win the football game.

The Ryder Cup will take place at Whistling Straights in Kohler, Wis. The crowds will be large and vocal, which is what makes the Ryder Cup so much fun. The huge story before the USA hits the golf course is can Brooks Koepka and Bryson DeChambeau bury their little rift? I think it will be a non-issue. However, it’s something to keep your eyes on this weekend as the media will keep it a main storyline. I can say I doubt the two golfers will be paired up on the golf course this weekend. I love watching the Ryder Cup. It’s one of the best events of the year as Europe and USA players really want to win the event in the worst way! Let’s go USA USA USA!!!! The NFL has completed week two and the finishes to some of these games were absolutely nuts.

The Sunday Night Football game between Baltimore and Kansas City was a classic battle on the football field. The Lamar Jackson show gets the win over the Patrick Mahomes show. The Baltimore 36-35 victory over Kansas City will be one of the top three games played all season long in the NFL.

I can tell you this, the Lions will have their hands full with the Baltimore football team this weekend at Ford Field. The Ravens can run the football and Lamar Jackson is one tough quarterback running the football.

The Lions game on Monday night was a Lions tail of two halves. The first half, the Lions took it to the Packers and had a lead 17-14 over the Packers. I loved the play calling of the Lions offensively in the first half. The second half, Jared Goff showed why the Rams wanted to part ways with him. Jared fumbled a snap for turnover and tossed a pick and it was game set and match — a Packers victory. The Lions’ wheels fell off the bus in this football game. However, I will say they did not embarrass themselves on national television, which was nice. Let’s roll the NFL picks …