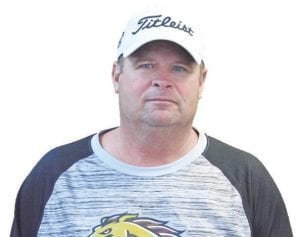 I will remind you that the NFL football season is arriving and arriving fast. The football contest to out-handicap the Fat Guy is up and running on ESPN.com. I checked the pool before this column was filed and only 10 players are brave enough to challenge me? I know I am a tremendous football handicapper; better than the experts in Vegas, for sure. If you think you’re a good NFL handicapper, get in and test your luck. There will be a prize for the overall winner and a drawing for anyone who finishes in front of me. Here is how you sign up: First go to ESPN. com then click on fantasy and then click on Pigskin Pick’em. The next step is to join the group, viewnewspapers, and if you see the entry of Dexter8864, which is me, you are in the right pool. When you are done reading this, you better sign up, or you will forget. Trust me on that. Don’t be afraid of losing to me, either! Let’s have some fun and pick some winners.

Lions banged up in preseason

The Lions lose to the Buffalo Bills 24-20 in preseason game number three. Matthew Stafford saw action for the first time and looked decent, I thought. The Lions suffered a couple injuries to key players in Jarrad Davis with a right leg injury. The center, Frank Ragnow, suffered an injury to his right knee. Let’s hope they will not be out long. The highlight of the game was a 61- yard field goal from Matt Prater. How sick is it that this is my highlight? Pretty sick, I say! The Lions close out the final preseason game tonight in Cleveland with kick off set for 7:30 p.m. Roar!!

Colts fans got it wrong

Let’s stay in the NFL with the shocking retirement of Andrew Luck, the quarterback of the Indianapolis Colts. It’s not often a team receives devastating news that their quarterback is retiring two weeks before the season kicks off. The health of Andrew Luck finally won out over football. I believe Luck lost his passion for the game and the pain in his body was not worth playing. I mean, he sat out one whole season with arm issues and rehabbed his way back on to the field. This year he suffered a high ankle sprain and it would have lingered all season long, too.

I applaud the Colts for not asking for money back from Luck. I applaud Luck for not milking the Colts for money by sitting on the IR list all season long. I hate the fact that the Colts fans booed his decision while he was on the sidelines in Saturday’s preseason game.

The tough part is, Andrew is only 29-years old and a Pro Bowl quarterback when healthy. I think more and more NFL players will start retiring earlier in the next 10 years. I will also add, if any fan base knows about a player retiring early, it’s the Lions. We watched Barry Sanders and Calvin Johnson do it here in Detroit! It stunk, but we all survived it and the Colts will, too.

The college football season has started and the Florida Gators defeated the Miami Hurricanes 24-20 in a sloppy football game. However, it was nice to have college football back. The Hawaii team upset Arizona 45-38 in an offensive battle in the nightcap. Tonight Central Michigan will be at home taking on Albany! The game of the night, though, will be Utah and BYU at 10:15p.m. on ESPN. This Utah football team is really good, so tune in.

Friday night action will have the Michigan State Spartans at home taking on the Tulsa Golden Hurricanes. The Spartans will be favored by about three touchdowns to defeat Tulsa. The kickoff is set for 7 p.m. and will be televised on FS1. The Spartans should roll in this football game and I expect the defense to shut down Tulsa. I want to see some offense out of the Spartans and some reliable quarterback play. The crystal cheeseball sees a Spartan win, 31-7.

The Michigan Wolverines will be at home against Middle Tennessee State in the Big House. The kickoff is set for 7:30 p.m. and it will be on the Big Ten Network. The Wolverines are close to a five touchdown favorite to win this football game. The new Wolverine offense is what I am curious to watch, to be honest. The Michigan football team is going to win this one with ease. The crystal cheeseball says Michigan 38 and Middle Tennessee State 7. The best game of the day Saturday is Oregon and Auburn in a battle of ranked teams. Western Michigan is at home to play Monmouth at 7 p.m. and Eastern Michigan is at Coastal Carolina at 3:30 p.m. on Saturday. thefatguy@mihomepaper.com