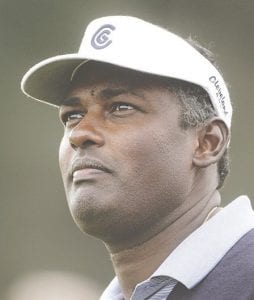 Singh, 56, is a three-time major champion. He grabbed his first major title in 1998 at The PGA Championship before winning The Masters Tournament in 2000. He hoisted the Wanamaker Trophy again in 2004 and has 34 PGA TOUR victories in all.

Among his PGA TOUR titles, Singh is a three-time winner of the Buick Open at Warwick Hills, first winning the event in 1997 and then again in back-to-back years in 2004 and 2005. He is one of only two players to win the tournament in consecutive years. Tony Lema accomplished the feat in 1964 and 1965. 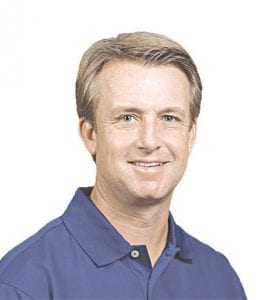 Singh made his PGA TOUR Champions debut on Sept. 22, 2013 with a T6 finish at the Pacific Links Hawaii Championship. Since then, the Fiji native has claimed four PGA TOUR Champions victories, his first coming in 2017 at the Bass Pro Shops Legends of Golf at Big Cedar Lodge, followed by three wins last season, including the Constellation SENIOR PLAYERS Championship for his first senior major. He also recorded eight top-10 finishes in 2018 to go with nearly $1.7 million in earnings and a seventh-place finish in the Charles Schwab Cup. All PGA TOUR Champions careerbest marks.

Singh will be making his second start at The Ally Challenge presented by McLaren next week. He finished T24 in the inaugural event at seven-under-par and a 69.67 scoring average. 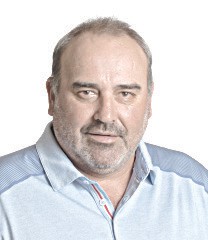 He finished the 2018 season with over $1.7 million in earnings and a firm hold on the sixth spot in the Charles Schwab Cup. Toms has recorded 13 victories on the PGA TOUR since turning professional in 1989, including the 2001 PGA Championship. The Louisiana native has been a member of three U.S. Ryder Cup teams and three U.S. Presidents Cup teams.

Toms will be making his second appearance at The Ally Challenge presented by McLaren. He finished tied for fifth in 2019 at 205, 11-under-par and a scoring average of 68.33.

Cabrera turns 50 years old next week and will be celebrating his birthday at Warwick Hills Golf & Country Club by making his PGA TOUR Champions debut. The native of Argentina boasts a resume that includes three PGA TOUR titles, counting the 2007 U.S. Open Championship and 2009 Masters Tournament among them. Cabrera has claimed 41 international victories since turning professional in 1989 and has been a member of four Presidents Cup teams (2005, 2007, 2009 and 2013).

Clarke, 51, has recorded three PGA TOUR victories, including the 2011 Open Championship, and 15 international wins. Since turning 50 last year he has played in 22 PGA TOUR Champions events and grabbed four top-10 finishes, his best outing coming at the 2019 Cologuard Classic where he tied for second place. The Northern Irishman finished T46 in last year’s The Ally Challenge presented by McLaren at two-under-par 214 with a 71.33 tournament scoring average.

Nicklaus, 50, played professionally for 17 years, including parts of three years on the PGA TOUR, where his best finish was second in the 2000 BellSouth Classic after losing to Phil Mickelson in a playoff. He stepped away from competing in 2003 after 122 PGA TOUR events and regained his amateur status in the summer of 2007. Nicklaus enjoyed amateur success, twice qualifying for the U.S. Amateur Championship—the last being in 2018 at Pebble Beach.

When he turned 50 in January of this year, Nicklaus decided to give professional competition another chance, and joined the PGA TOUR Champions. He qualified for the U.S. Senior Open, as well as the Senior Open Championship at Royal Lytham & St. Annes, and is coming off a T29 finish at the Dick’s Sporting Goods Open that included a pair of 69s.

Chamblee, 57, enjoyed a 15-year professional playing career that included one PGA TOUR victory and over $4 million in earnings. He joined Golf Channel in 2004, and currently serves as a studio analyst for Golf Central and Live From programming, airing on-site from the game’s biggest events. He has played in four PGA TOUR Champions tournaments since returning to professional competitive golf last year. The Ally Challenge presented by McLaren will mark Chamblee’s fourth start this season.

Eger, 67, joined PGA TOUR Champions in 2002, and has since tallied four senior titles and 50 top-10 finishes. Prior to joining the senior circuit, Eger served outside the ropes as the Director of Tournament Administration for the PGA TOUR and then as the TOUR’s Vice President of Competition. He was also the Senior Director of Rules and Competition at the United States Golf Association.

Hallberg, 61, has recorded three PGA TOUR wins, one Korn Ferry Tour title and one PGA TOUR Champions victory during his nearly 40-year professional career. The 1980 PGA TOUR Rookie of the Year finished T50 in last year’s The Ally Challenge presented by McLaren at one-under 215 with a 71.67 tournament scoring average.

The Ally Challenge presented by McLaren, Sept. 12-15, will be one of the premier Regular Season events on PGA TOUR Champions in 2019, which will give way to the third-annual Charles Schwab Cup Playoffs—a season-ending, three tournament series used to determine the Tour’s seasonlong champion.

All three rounds of The Ally Challenge presented by McLaren will be broadcast on Golf Channel.