Make sure to celebrate love each day 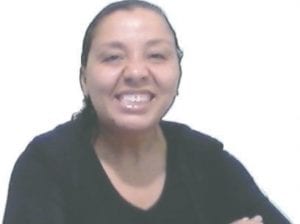 For Valentine’s Day, I took a friend a plate of ham, his favorite, a sign that said bless your heart, a package of suckers because he now sucks on suckers in place of smoking, which he gave up a couple years ago, and a BRATZ Valentine’s Day card I got in a package for all my family and friends that features girls from a popular preteen show. It said “to my super stylin’ Valentine” because he likes fashion and, well, girls. He looked at each item and said “that’s nice” except when he saw the ham he said “that’s my girl!” We talked for a about an hour as he watched a basketball game and I looked for cute pictures of my dog I had posted on Facebook. When I left, he said “thank you for the ham.”

I gave another friend from church a bouquet of silk flowers. She said “these are beautiful.” I gave her a Valentine’s Day card that said “You’ve got class valentine” and she said “OK,” as she rushed away to help take care of her elderly mother.

Then, I called my best female friend after getting home from church. She hadn’t made it to church that day. She is a substitute teacher and she had contracted a virus from one of her students. I told her I had a jewelry box and sweater for her and was going to stop by, but would hold on to it until I saw her. I was also going to give her Valentine’s Day card that said “you’re a gem of a friend” with two brunettes like us on it, one with darker skin like me. After talking on the phone about what had happened in our lives within the last week since we talked at church, she told me “happy Valentine’s Day.”

The next day was the 14th and I knew I had to get to work soon because the next day it would be deadline day at work. Still, by around 8 a.m., I messaged five Valentine’s Day cards on Facebook to a friend who had told me she was having a rough year. She didn’t immediately respond.

I texted my mom the Valentine’s Day card that said “you’ve got class, valentines.”

I texted my sister a Valentine’s Day card that said “you sparkle and shine valentines.” Finally, she told me-it was January 14, not February 14! I sent international and local missionaries I pray for Valentine’sin February. Whatever the month, I had helped make everyone’s day brighter and I didn’t need a holiday. Make sure to celebrate love each day so we can make every day Valentine’s Day.