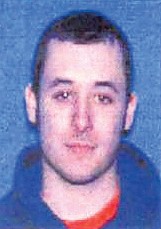 FLINT TWP. — Thomas Logan Rothley, 23, who was being sought by police as a person of interest in the death of his father March 9, is dead.

Police found Joseph Michael Rothley, age 47, dead in his Flint Township home on Wickfield Drive at about 10:18 a.m. March 9, the victim of an apparent homicide.

The son, described as armed and dangerous, was named as a person of interest being sought in the death and police issued a description of the black, 2004 Dodge pick-up truck with a four-door cab he was believed to be driving, asking the public to help locate it.

Following a tip that the vehicle had been spotted parked near the Walmart Store at 6170 S. Saginaw Street in Grand Blanc Township, officers approached the vehicle at approximately 4 p.m. March 9. Thomas Rothley then took his own life, police said.

An investigation is ongoing. Anyone with specific information regarding this homicide is asked to contact Det. James Santa at 810- 600-3250.