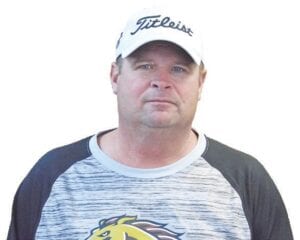 The NCAA college basketball tournament has taken the term March Madness to another level here in 2021.

The amount of double digit seeds pulling off upsets — I have seen nothing like it before. How about the Pac 12 Conference going 8-1? Who would have thought four double digit seeds would survive and make the Sweet Sixteen? I must tip my fork to 15 seed Oral Roberts, 12 seed Oregon State, 11 seed Syracuse, and 11 seed UCLA all advancing. The No. 1 seed Illinois bounced by Cinderella Loyola of Chicago! Oh my, the power of Sister Jean! I also tip my fork to Abilene Christian a 14 seed and North Texas a 13 seed pulling off big wins. They might have lost their next games, but they were truly bracket busters.

The Big Ten should be ashamed of their performance in the tournament. All the accolades of how tough a conference it was this season looks like a farce to me! I say, come on man, to Purdue and Ohio State, those were embarrassing first round losses. The only Big Ten team left is Michigan out of nine Big Ten teams? It doesn’t get much uglier than that. I will say, the only thing uglier were my Sweet Sixteen picks and sleeper picks. Let’s look at the brackets and try to get more winners than losers. I need it for my ego!

Let’s start in the “scratch your head” bracket first, the Midwest. The only team I picked right was Houston to advance. I whiffed on Illinois (as did most) Liberty and West Virginia. What we have left is Oregon State and Loyola Chicago in one game and Syracuse and Houston in the other game. I have to admit, I can’t believe Oregon State made it. However, I think Loyola is the better team and will prevail to the Elite Eight. The Ramblers take down the Beavers. The Syracuse team and that match-up zone always pose problems in the tournament it seems. The Houston Cougars were lucky to beat Rutgers and advance. I think the Houston defense will shut down the Orangeman and advance. The Houston Cougars then defeat Loyola and move on to the Final Four.

In the South bracket, Baylor was the only team I picked right. I will say, Oral Roberts playing Arkansas will be a high scoring affair. The Razorbacks should win this game handily as they are more talented and playing great basketball. I can’t see Baylor losing to Villanova either as this Baylor team is hitting its stride. I believe the Baylor team is really, really good and make it to the Final Four. I will say, Arkansas will be a tough basketball game to win though.

The West bracket has the tournament chalk in Gonzaga. I know the college basketball experts have declared the “Zags” the National Champions already. I strongly disagree personally on that. Gonzaga will take on Creighton and defeat them easily unless Creighton gets red hot from three ball land. The Pac 12 match-up between Oregon and USC is going to be one heck of a college hoop game. I am torn on who I like to win, actually. I flipped a coin and the coin was quacking, so I am taking the Ducks. The Ducks will then give the “Zags” a tough game, losing a close one to Gonzaga. The Gonzaga Bulldogs are in the Final Four.

The East bracket is the only bracket I did well in getting three teams right. I had Michigan, FSU, and Alabama winning. I don’t know what happened to Texas to be honest. The Alabama team looks really good to me with the eyeball test. I think they crush the UCLA Bruins. The Wolverines and FSU will be one tough basketball game. I think the Michigan team barely gets by FSU in a nail biter. The Wolverine season comes to an end when Alabama takes out Michigan. It will be Alabama in the Final Four. I hope I am wrong, but sooner or later the Isiah Livers injury catches up to Big Blue.