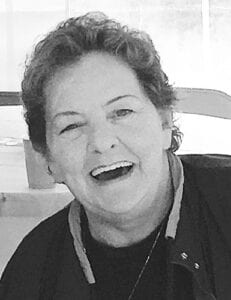 MARY JOEL SMITH, 75, of Otisville, lost her battle with COPD on Wednesday, May 5, 2021 at her home surrounded by her family and loved ones.

Mary was born in Detroit, the fourth of nine children on December 7, 1945 to Dorothy (nee O’Brien) and Richard Larson Seward. She was raised in Michigan, Oregon and California, returning to Flint, MI in late 1963 after being united in marriage to Robert Edward Smith, III. A dedicated mother and wife, Mary devoted herself to caring for her family and always put them before herself. Mary and Bob settled in Burton in 1965, raised their family there and moved to the Otisville area in 1993. Outside of the home, Mrs. Smith also worked for many years as a machinist in small businesses in the Flint area, retiring in 2007. Mary enjoyed Bingo and meeting her siblings from around the country in Las Vegas whenever they could get together. She was a kind-hearted woman who otherwise doted upon her husband, kids and grandchildren.