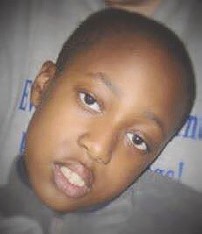 DAVISON TWP. — Law enforcement scaled back volunteer search efforts July 7 due to rain and to give search crews a chance to rest.

But on July 8, law enforcement search and rescue crews began a massive sweep of the Lake Callis Recreation Complex and Jack Abernathy Regional Park, before pushing into neighborhoods in a five-mile radius to try and find missing 9-year-old boy Omarion Humphrey who disappeared from Lake Callis, July 4.

“No stone is being left unturned,” said Freeman.

The search was ongoing at press time.

While civilian volunteers were not being sent into the field to help search for the boy, who suffers from severe autism, Freeman said they will not turn away volunteers – instead asking them to focus their attention by driving the main streets and neighborhoods keeping their eyes open.

Search crews started at 7 a.m. and worked their way from the parks – both of which will be closed – out into the surrounding community.

They will check every possible hiding place they find where Omarion, known for hiding in difficult to find locations, might have “hunkered down,” said Freeman.

Freeman said his detectives have been looking into every possible avenue, every potential lead or theory about what might have happened to Omarion when he disappeared from Lake Callis, July 4.

The Federal Bureau of Investigations have also been consulted and are actively looking into the case, said Freeman.

The boy was with his foster family at the time he disappeared. His biological mother, Khisha Humphrey of Pontiac, has filed a motion in Oakland County courts for her other children to be removed from the care of the foster parents, whom she claims were negligent and did not properly supervise Omarion.

Dive teams from the Genesee and Lapeer county sheriff departments have already searched Lake Callis, on Gale Road between Davison Road and Court Street, approximately six times, but were expected to dive there again Wednesday.

Freeman said he is confident Omarion did not drown and is not in the lake, but he wants to make absolutely certain nothing has been missed.

“There is zero indication of any one direction at this time,” said Freeman. “I recently heard of another case of an autistic child who disappeared and was hiding in nearby woods for days. Their survivability is extremely high.”

When asked what his “gut” was telling him about the case, Freeman said he thinks Omarion is either in the woods nearby or is hiding somewhere else close by. He once again urged property owners to search sheds, under decks, inside their vehicles, garages or any place else a boy could hide.

Freeman was asked by a reporter how his department was holding up during the exhausting search which began the evening of July 4 and has continued all week.

The question brought tears to the chief, who took a moment to compose himself before saying, “My staff hasn’t stopped…and I’m proud of them. They’re good people.”

If anyone sees Omarion they are urged to keep him in sight, but to call 911. Authorities say anyone who sees him should not approach the child, since it may make him run back into hiding.