Masters running as a write-in candidate after filing error 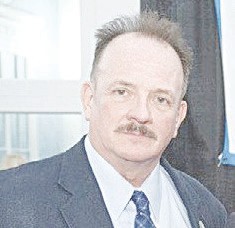 RICHFIELD TWP. — Gerald Masters, who has served 16 years as a trustee on the Richfield Township Board of Trustees, won’t appear on the primary ballot this August, but he’s asking voters to write-in his name anyway.

Masters, 60, turned in his nominating petitions just prior to the start of the coronavirus pandemic, but he said he inadvertently omitted information from the documents and by the time he was notified of the error, it was too late.

The Genesee County Clerk’s elections department disqualified his petition and his name will not appear on the ballot in August, where he and Trustee Keith Pyles were running unopposed on the Democratic ballot.

Running as Republicans for trustee in Richfield Township on the Aug. 4 ballot are residents Sherry Marden and Scott Natzke.

“It puts me I the unfortunate spot of being a write-in candidate,” said Masters. “I’m going to have to count on people I know and educating people I don’t to have them color in the box under Keith’s name and write-in my name next to it.”

If he can get enough people to write-in his name, he said his name will appear on the November ballot in the general election.

Masters admits the gaffe is his mistake but hopes voters will be understanding and take the extra time to add him as a write-in Aug. 4.

“I’m not blaming anyone but myself,” he said. “I was in a rush to get it done and turned in before everything was shut down. I turned it in on that Monday (March 9) and I was laid off the following Thursday (March 12, due to the coronavirus shutdown).”

Masters said what makes his situation more difficult is he can’t go door-to-door during the pandemic to campaign and inform people about how to add his name to the ballot. He said he will try a combination of mailings, calls and word of mouth through friends.

When writing in his name, he asks that people remember to write it out as “Gerald Masters” and the color in the box next to where they print his name – which will be directly beneath the name of Keith Pyles on the ballot for Democrats.

Voters can only vote for two candidates for trustee.

Masters asks anyone with questions about his write-in candidacy call him at 810-625-5723 or email at geraldmasters@gmail.com.