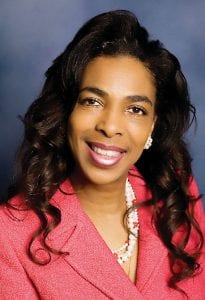 FLINT
— Celia M. Turner of Grand Blanc, secretary of the Mott Community College Board of Trustees, has been elected by the Board of Directors of the Association of Community College Trustees (ACCT) to serve as vice chair of the organization’s executive committee.

Turner was first elected to the ACCT Board of Directors as a Delegate-at-Large in 2007 and as secretary/treasurer in 2009. She is expected to continue rising through the ACCT ranks as a national board officer toward becoming chair in the next few years.

“Community colleges are setting forth an ambitious agenda for the upcoming year,” said J. Noah Brown, ACCT’s President and CEO. “With the generous support of The Bill & Melinda Gates Foundation, as well as The College Board, Lumina Foundation for Education, National Governors Association and others, we are creating a framework for unprecedented achievement in the field of higher education.”

“This is an excellent opportunity for Mott College as well as the community of Flint and Genesee County,” added MCC President M. Richard Shaink. “We are so proud of Trustee Turner. I’m confident that she will represent us well at this national level. She will also be a valuable asset to the ACCT as well.”

Turner was elected to her second six-year term as a member of the Mott Community College Board of Trustees in 2009. She is a retired consignment operation coordinator with General Motors Service Parts Operations, holding a Master’s Degree in Administration (1994) and a Bachelor’s Degree in Business Administration (1992) from Central Michigan University. She is a graduate of Flint Central High School

An active community leader, Turner is involved with numerous organizations and programs. She is a board member of the Light of the World Foundation, a board member of the Michigan Senior Network Service Agency, an executive board member and co-chair of the UNCF Flint Branch, and an Executive Board Member of the NAACP. In 2001, Turner was a recipient of the YWCA of Greater Flint Corporate Women of Achievement Award for General Motors Service Parts Operations World Headquarters in Grand Blanc. She also serves as the Pan Hellenic Coordinator for Big Brothers Big Sisters of Greater Flint and President of the Mott Community College Alumni Association.

Founded in 1972, the Association of Community College Trustees (ACCT) is the nonprofit educational organization of governing boards, representing more than 6,500 elected and appointed trustees of community, technical, and junior colleges in the United States and beyond. ACCT’s purpose is to strengthen the capacity of community, technical, and junior colleges and to foster the realization of their missions through effective board leadership at local, state, and national levels. Details: Visit www.acct.org.
— G.G.