MCC will not compete in 2018 basketball regionals 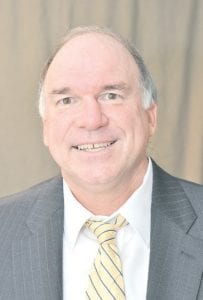 FLINT — The Mott Community College (MCC) Men’s Basketball team will not participate in the 2018 National Junior College Athletic Association (NJCAA) regional tournament due to findings from an NJCAA eligibility audit. The team previously forfeited three games due to missing a re-certification deadline. This resulted in an eligibility audit, per NJCAA regulations. During that audit it was determined the College had seven findings to address.

“The results of the audit included seven findings that needed resolution,” said Al Perry, MCC Athletic Director. “Three of these findings were handled immediately without issue. Four findings have negative outcomes that may result in further forfeitures.” They include:

• The first two issues relate to letters of intent from two students, and may result in a small penalty for the College.

• One issue is related to the number of academic credits of an MCC athlete whose credits were below the NJCCA regulations. As a result, MCC is required to forfeit three games. These forfeitures will prevent MCC from competing in the 2018 regional tournament.

• MCC is appealing the final violation, which is related to the acquisition of a transfer waiver of an MCC student athlete due to mitigating circumstances surrounding a letter of intent the student signed with another community college during the summer of 2017. If the College’s appeal is denied, it could result in more forfeitures for the 2017-2018 season.

The Women’s Basketball Team was also negatively affected by the NJCAA eligibility audit. The team was found to have one issue related to a letter of intent. As a result of this infraction, the College will be able to award up to 13 scholarship awards instead of the traditional 15. The Lady Bears qualify for the post season and will play Wayne County Community College District, Tuesday, March 6, 7 pm at the Northwest Activity Center in Detroit.

The MCC Men’s Basketball program has had a clean eligibility audit for the past 27 years under the leadership of Coach Steve Schmidt.

“I am terribly disappointed and troubled by this entire situation,” said Schmidt. “Our program and athletes are being penalized for actions that they had no control over. They’ve done nothing wrong. They have persevered through adversity and represented this college with dignity and the hearts of champions. I’m proud of them.”

The College is committed to the highest standards of athleticism and academic integrity, and has taken steps to ensure that the recent administrative errors related to the Men’s Basketball program do not reoccur in any MCC athletic program in the future.