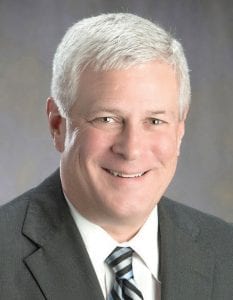 “Don Henderson has more than three decades of laboratory experience, starting as a technician then rapidly advancing to top leadership positions,” said Bart Buxton, president and CEO, McLaren Oakland and McLaren Homecare Group, which includes McLaren Medical Laboratory. “His exceptional knowledge, dedication and commitment to laboratory administration will be valuable assets to our team.”

Responsibilities for the position include oversight and administration of McLaren’s corporate laboratory services which services McLaren’s 12 hospital campuses across Michigan and an extensive outpatient program. Henderson will coordinate the efforts of approximately 600 lab staff members across the McLaren enterprise as well as the technical and business initiatives of the 13 analytical lab locations.

“McLaren has an aggressive growth plan, and I want to positively contribute to that plan within the laboratory service line,” said Henderson. “I hope to encourage growth at all levels, including at the beautiful corporate lab facility, and to add value through my experience in operational and IT system conversions and transitions.”

Henderson is one of two McLaren representatives for the Joint Venture Hospital Laboratories (JVHL), of Allen Park, comprised of more than 100 non-profit, hospital-based laboratories in Michigan, Ohio and Indiana to manage local and regional laboratory managed care contracts with annual revenue exceeding $120 million. He serves as executive committee treasurer for the organization.

Henderson, 60, is a Michigan native and resides in Brighton Township. He earned a Master of Science in administration at Central Michigan University and a Bachelor of Science in medical technology at Wayne State University, and graduated from Williamston High School. — G.G.