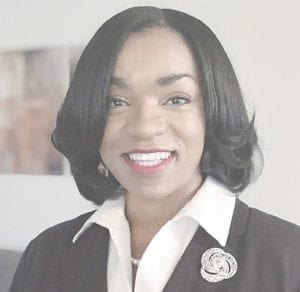 ECIC is an independent, public owned nonprofit that helps Michigan build its economy by delivering better education, health and economic outcomes through effective early childhood development. Created in 2005, the 18-member board is the state’s leading group for information about and investment in early childhood programs. The Corporation works with the Michigan Department of Education’s Office of Great Start, as well as with other departments in state government, to produce solid returns for all who have a share in Michigan’s future.

“It’s an honor to serve on the board,” Smith said. “ECIC’s work drives policy and projects related to early childhood education and development, creating a foundation that yields rewards across our state.”

Smith serves as vice president of marketing, planning and business development for McLaren Health Care, managing the marketing and branding activities across various McLaren subsidiaries, including McLaren Flint. In addition to ECIC, Smith serves as board chair for the American Heart Association of Southeast Michigan and sits on the board of the Detroit Minority Organ Tissue Transplant Education Program Foundation.