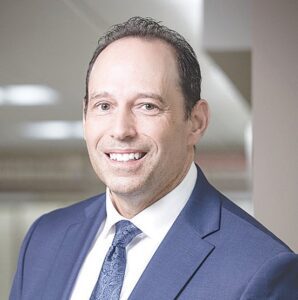 Candela has more than 27 years of successful, progressive responsibility in health care, including both clinical and executive leadership experience.

Candela has been serving as the McLaren Lapeer Region President and CEO since 2017. Under his leadership, McLaren Lapeer Region has received multiple MPRO Governors Awards for Quality/Safety, been recognized by Healthgrades and Leapfrog for safety and quality, and worked with physicians to build and grow numerous service lines. He also led the approval, design, and construction of the hospital’s new $27.5 million Medical Services Building.

Candela originally joined the McLaren family in 2008 as Director of Rehabilitation Services for McLaren Macomb hospital with responsibility for the operation of the Inpatient Acute Care and Outpatient Rehabilitation departments. Based on his exceptional performance, Chris continued to assume additional roles and responsibilities leading to his elevation to Vice President of Operations and Chief Operating Officer for McLaren Macomb in 2013.

Candela earned a Master of Business Administration from the University of Detroit Mercy and a Bachelor of Science in Physical Therapy from Wayne State University.