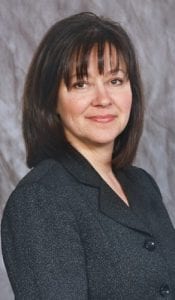 FLINT — Roxanne Caine has been promoted to Vice President of the McLaren Foundation.

Prior to this move, she served for five years as Director of the Foundation and has been instrumental in reviving and re-energizing Foundation efforts. She led the Medical Education building campaign that raised more than $1 million, raised awareness and funds for the Art Therapy program, and conducted the “A Little Change Makes A Big Difference” campaign for the brick patio.

During the last five years, the Foundation’s McLaren Legacy Fund has grown to more than $5 million; the regular “Windows to the Future” series has helped reconnect the McLaren family of supporters, and Foundation support for employee scholarships and research for our graduate medical education programs has greatly increased.

Caine holds a Bachelor of Arts Degree in Communications from the University of Michigan, Ann Arbor and a Master of Health Services Administration from Central Michigan University. She also received the designation of Certified Fund Raising Executive (CFRE) in June 2008. 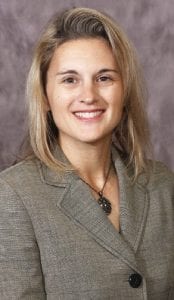 Caine lives in Grand Blanc with Joe, her husband of 14 years, their children, Jason 11 and Brian 10.

Catherine Stacey has been promoted to Development Coordinator for the McLaren Foundation.

In this role, she coordinates and administers specific areas of ongoing or special project funding programs including special events, planned giving and direct mail campaigns by collaborating and working as a team member in MRMC’s donor-centered philanthropy program.

In addition, she will conduct donor research and manage department volunteers. Stacey joined the McLaren Foundation in 2007 as senior administrative assistant. She and Bob, her husband of 17 years, live in Flint.

She has 27 years experience in administrative support at McLaren Health Care. In her new role, Boller will be responsible for maintaining the donor database, gift processing, acknowledgments, donor wall maintenance and pledge reminders. She will also schedule and coordinate meetings for the Foundation. 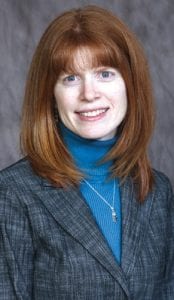 She lives in Lapeer with her husband Ed, their children Scott 20, a student at UM-Ann Arbor and Marlena 17, a student at Lapeer West. — G.G.