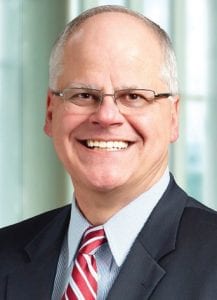 Responsibilities for the newly created position include identifying and developing business opportunities for McLaren, as well as advising on existing programs and initiatives.

Lacusta was employed at Detroit Medical Center for more than 20 years in senior management positions and last served as executive vice president – chief business development officer. He also has served as president of University Physician Services Inc., a predecessor of Wayne State University Physician Group. Additionally, he has worked for multiple health care organizations as coordinating services partner and in senior management for the consulting firms of Ernst & Young, Cap Gemini, AlixPartners and Ernst & Whinney/Touche Ross.

“McLaren’s strong market position and focus on quality outcomes and physician alignment represent a tremendous foundation on which to continue building the McLaren Health Care brand,” Lacusta said. “I’m excited to join the team to support the business development and growth initiatives at McLaren.”

Lacusta, 57, is a native of East Detroit and resides in Troy. A member of the American College of Healthcare Executives, he earned an MBA at Marquette University, Milwaukee, Wisconsin, and a Bachelor of Science in industrial and operations engineering at the University of Michigan.