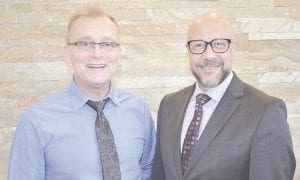 Located on the campus of McLaren Health Care’s Karmanos Cancer Institute, the McLaren Proton Therapy Center is one of 28 proton therapy centers in the United States and only the second of its kind in Michigan. The facility offers an advanced and precise form of cancer treatment called proton therapy, which targets tumors while sparing healthy tissue and reducing the side effects of radiation.

Dr. Heshem Gayar, Medical Director of the McLaren Proton Therapy Center, said that proton therapy benefits cancer patients by releasing its radiation doses to an exact point inside a tumor.

“We have a technology called pencil-beam scanning, which allows us to ‘paint’ the targets and treat tiny spots, even as small as three to seven millimeters in size, depending on depth,” he said. “We can tailor and put the beam where it belongs, and sometimes use multiple beams.” 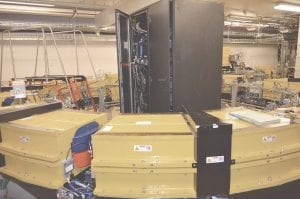 Unlike traditional radiation treatments, proton therapy is equipped to stop at the tumor and does not continue on to harm healthy tissue and organs around a treatment area. In one example of treatment for a brain tumor, Gayar said that the amount of excess radiation to healthy tissue that could be avoided by using proton therapy instead of conventional x-ray radiation treatment could be equivalent to taking up to 450,000 dental x-rays without wearing a lead shield.

As stated by Gayar, proton therapy is most often used to treat solid, inoperable tumors that haven’t spread to other parts of the body. Although the treatment is not applicable to every case, it can be used to combat a variety of different cancers, including prostate cancer, breast cancer, pancreatic cancer and lymphoma. 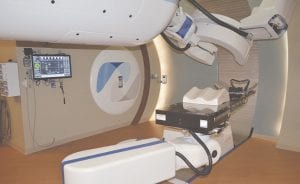 Since opening last December, the center has treated 50 patients and administered over 1,400 treatments. One of those patients is David Wood, an Eaton Rapids police officer who received nine weeks of proton therapy to treat his stage three pancreatic cancer.

Wood, the center’s first patient, said that proton therapy not only eradicated his cancer but it also left him with few side effects and no pain after the procedures were finished.

“My life has been normal, other than a little fatigue,” he said. “I’ve been getting my energy back and I’ve started exercising again this week.”

Wood said that he appreciated the professionalism and tender care shown by Dr. Gayar and the center’s staff, as well as the facility’s convenient location in Flint.

“My last treatment day was so special,” the 51-year-old said. “My body was healing, and I knew my cancer was killed. I remember coming out of my dressing room, and the hall was lined with people applauding. That was so overwhelming.

“These people have a special gift for healing, and they have such compassion,” he added. “That’s what makes this center so good.”

Proton therapy works through a large machine called a synchrotron, which extracts protons from hydrogen atoms and accelerates them to almost the speed of light. This process enables radiation to be delivered with pinpoint accuracy.

The McLaren Proton Therapy Center also features a state-of-the-art delivery system called Intensity Modulated Proton Therapy (IMPT), which ensures that the distribution of radiation is very precise. Isocentric gantries with 180-degree rotation give the system flexibility with beam delivery, and a highly sophisticated robotic patient-positioning system and a robotic couch for patients allow for 360-degree rotation and unlimited treatment angles.

Powering the IMPT is a synchrotron particle accelerator that generates proton beams with energies up to 250 megaelectron volts. The system produces less harmful radiation than standard x-ray procedures because it utilizes pencil-beam scanning technology, focusing a set of proton beams as small as a few millimeters in diameter to target tumors and spare healthy tissue.

Proton therapy itself is not a new technology; the treatment concept has been in use since the 1990s but has only become more available and affordable to produce within the last decade.