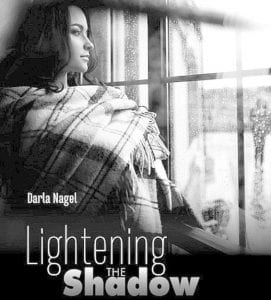 FLUSHING – Flushing Township resident Darla Nagel thought this after a doctor’s appointment that left her frustrated: “Doctors shouldn’t be allowed to make people so miserable.”

It was one of a string of appointments as she spent more than two years seeking a diagnosis for and relief from an illness that developed overnight when she was 19.

To help other young people with invisible chronic illnesses and educate medical school students, she wrote a book about her experiences and seven lessons learned. Her memoir, “Lightening the Shadow: Diagnosing and Living with an Invisible Chronic Illness,” goes on sale today.

“Among all the noise out there about how to live a healthy lifestyle, there needs to be a clear voice on how to live a chronically ill lifestyle,” Nagel said. “The book is written like a medical mystery story, so readers don’t learn the diagnosis until the point in the narrative that I learned it.”

Nagel works as a freelance copy editor and a writing tutor at Baker College of Flint. She has previously published articles for #MEAction and Natural Awakenings (East Michigan) and short works of creative nonfiction, including an excerpt from “Lightening the Shadow” in both Patient Voice and Breath & Shadow. She also blogs for people with chronic illnesses and invisible disabilities at www.darlanagel.com.

Lightening the Shadow, published by IngramSpark, is 166 pages and is available in print and e-book versions from online booksellers.