Medina Spirit wins the Derby and an NFL draft update 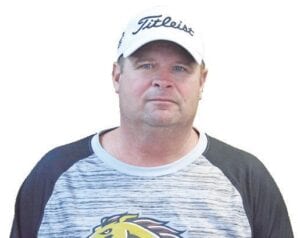 The Kentucky Derby did not bode well for my betting tickets. The horse Rock Your World could not be found with a search warrant as it finished 17th out of 19 horses. What the horse did was rock the fat guy’s pocket book of some “cheddar.” I will say, a horse named Flagstaff, a couple of races before the Kentucky Derby, assured me of a winning day at the races.

The winner of the race was a Bob Baffert horse named Medina Spirit, who went off at 12-1 odds. Bob Baffert now has seven Kentucky Derby wins, which puts him in first place of all time. What a tremendous accomplishment for Mr. Baffert. I know a famous man named J.P., a friend of mine, who picked the Baffert horse to win and cashed a nice ticket. I was happy for him.

How about the horse that won the Kentucky Derby was purchased for $1,000? I find that absolutely astonishing, to be honest. The next big race will be the Preakness Stakes on May 15. Will Medina Spirit capture the second leg of the famed Triple Crown? Stay tuned.

The NFL Draft weekend is over and Thursday night was full of intrigue for numerous reasons. The first two picks were as predictable as a Lions fumble at the goal line to win a game. The Jaguars took Trevor Lawrence and the Jets took Zach Wilson. The draft really started with San Francisco with the No. 3 pick. Would they take Mac Jones or Trey Lance? The answer was Trey Lance, which stunned some as many thought it would be Mac Jones from Alabama. I never thought Mac Jones was going No. 3 to be honest. The Cincinnati Bengals took Ja’Marr Chase, receiver from LSU, and passed on offensive linemen Penei Sewell from Oregon. I think the Bengals made a bad mistake here, but that is what that franchise does.

What happened is Penei Sewell dropped right into the laps of the Detroit Lions, thank goodness for that. It meant the Lions brass could not mess up the pick in my opinion. If you know nothing about Sewell, here is what you need to know. He is a big man who can block and will be a staple on the Lions offensive line for years to come. I say “thank you” Cincinnati Bengals for allowing the Lions to draft Mr. Sewell. The second pick by Detroit from the Washington Huskies, defensive tackle Levi Onwuzurike, should play right away on the Lions defense. The third pick from North Carolina State, defensive tackle Alim McNeil, I do not know that much about so time will tell. The fourth pick, a defensive back from Syracuse, Ifeatu Melifonwu, I have watched and he will start this season for Detroit. He is long and his cover skills are excellent. He was a steal in the fourth round. The Lions also selected a wide receiver from USC, Amon-Ra St. Brown. I think he will make the Lions roster in 2021. A linebacker from Purdue was selected in Derrick Brown. You have to love a Big Ten linebacker, right? I do like this kid. The last pick was a running back from Oregon State, Jermar Jefferson. I do not understand this pick personally as I thought it should be a defensive player. I looked at the Lions draft and I give them a solid B grade, which is good. The Lions hopefully filled some holes and these players will make contributions on the football field this season. ROOOAAAARRR!

The NHL season is coming to a close and for the Red Wings it cannot be soon enough! I always look forward to the NHL Playoffs as nothing is better than round one of the hockey playoffs. I can be reached at thefatguy@mihomepaper.com.