Memorial celebration to be held for beloved Flushing teacher 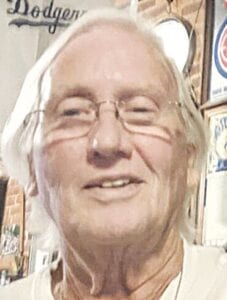 FLUSHING — This Saturday, friends, family and former students of the late Central Elementary School teacher Davis Moore will have a chance to reminisce about his impact on their lives during a memorial get-together in Flushing.

The tribute event, entitled the “Celebration of Life for Davis Moore,” will be held from 4 p.m. to 8 p.m. at Skip’s Comeback Inn in downtown Flushing. Throughout the afternoon, attendees can stop in to have a drink or get a bite to eat and swap their favorite memories of Moore, who passed away last November at the age of 75.

Flushing resident Lance Roberts, who runs a popular Flushing community Facebook page, is organizing the informal gathering to pay tribute to Moore and his influence on the community.

“I wanted to put together a small event so that any of Davis’ friends, former students or fine colleagues could just stop in, have some laughs and discuss Davis’ life,” he said. “It’s going to be a celebration of life…a chance for us to exchange happy stories about Davis and talk about how he was a great influence on all of us.”

Roberts first met Moore at Skip’s Comeback Inn over drinks around five years ago. From there, they struck up a friendship over their shared interest in music and classic rock.

Roberts said he remembers Moore as an inspirational man with many stories to tell and a positive outlook on life.

“In his later years, Davis had a stroke that took the usage of his right arm and right hand, but that did not depress him a bit or slow him down,” Roberts said. “He kept going and living his life. When you see someone like that who’s faced challenges but stays positive, that’s quite inspiring.”

During his tenure at Central Elementary, Moore gained a reputation as one of the district’s most popular teachers. Conner Robertson, a 2012 Flushing High School grad who was in Moore’s sixth grade class in the 2005/2006 school year, described him as a caring instructor who took a genuine interest in his students.

“Mr. Moore was a ‘laid back’ teacher but he expected a lot from you,” Robertson said. “When you didn’t achieve his expectations, he would pull you aside and develop you. He saw a lot of potential in students that they didn’t see in themselves.”

Robertson, currently a helicopter pilot and captain in the United States Marine Corps, said that Moore continued to mentor him even after graduation and as he worked with his way through military training.

“When I got my wings pinned on me and came back home to Flushing, Davis helped throw a celebration for me and told me how proud he was of my accomplishment,” Robertson said. “That just shows the kind of heart he had.”

Altogether, Moore taught at Central Elementary for 37 years before retiring in 2006. Outside the classroom, he put his avid love for music and albums to use as a DJ for numerous weddings, graduation parties and other celebrations. He was also passionate about cooking, grilling and gardening and was well known locally for his salsa, hot pickles and vegetables.

Moore was born in Flint in 1945 to Dr. Glenn and Kathryn (Pierce) Moore and graduated from Howe Military School in 1963. He then served in the United States Army and fought in the Vietnam War. He graduated from Hillsdale College in 1969.