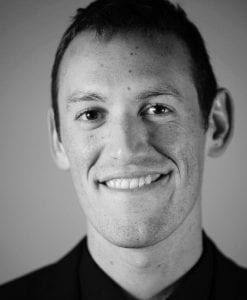 GRAND BLANC
— The First Congregational United Church of Christ in Grand Blanc will once again be filled with music as they gear up for their 23rd Annual Messiah Sing.

With the Grand Blanc Arts Council as their sponsor, the “Sing” was started back in 1988. The performance is based off George Frideric Handel’s Messiah,
which was originally written back in 1741.

Handel’s work tells a story in three parts with the first being the “prophecy and promise of the redeeming Messiah, followed by “the suffering lamb who redeems” and “Thanksgiving for the defeat of death.”

“Back in the day there was a lot of operas going on and then it was kind of like, ‘why don’t we come up with a kind of performance based on religious text,’ and so for lent the Messiah
was written a basis for that religious performance,” said Director Lavonne Bomeli. 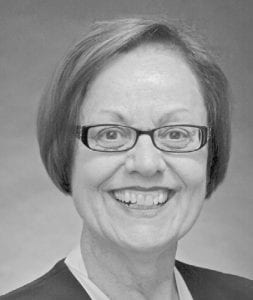 Bomeli, a resident of Grand Blanc for more than 40 years, has always had a passion for music. She received a bachelor of arts in music from the University of Michigan and a masters of music in choral conducting from Michigan State University. She was also the vocal music teacher at Grand Blanc High School for nearly 40 years before she retired in 2006 to pursue a Phd in music education from Oakland University.

“I obviously love music and this will actually be my fourth time directing this event,” Bomeli said. “Each year they actually select a director for the event and I was lucky to be chosen again.”

Not only is this Bomeli’s fourth time taking charge of the production, but she was also once the guest organist for the second “Sing” back in 1989.

“I don’t really have a favorite part about the whole event, I mean I love the rehearsals, but the whole performance, with everybody singing, it is just such a beautiful time and it really does get people geared up for the holiday season.”

This year’s performance will include six choruses from part one of the Messiah as well as the more well-known choruses “Hallelujah” from part two and “since my man came death” and “worthy is the lamb that was slain” from part three. Also featured at the event will be guest organist Joseph D. Daniel, trumpeter Matthew Forsleff and soloists Sarah Stockton, Marcella D. Guerra-Forsleff, Wynee Wood, Wilson Nichols and Matthew Scollin, a 2006 graduate of Grand Blanc High School.

“I am really excited about the whole thing, but I think the interesting piece in this is Matt coming back and having a solo part,” Bomeli said. “I taught him when he was in high school so I am just really excited that he will be joining us.”

Last year’s “Sing” featured 200 singers and nearly 300 audience members, but Bomeli said that was a special occasion as four local high school choirs joined in on the performance. Typically though, the “Sing” draws in about 60 singers of all ages. Bomeli said this year already she had 18 singers show up to the first rehearsal.

The performance will take place at 4:30 p.m. on Nov. 21 at the First Congregational United Church of Christ, 6494 S. Belsay road. The event is free and open to the public. Those wishing to participate in the “Sing” can attend a rehearsal on Nov. 16 from 6:30-9 p.m. Those unable to make that rehearsal may still participate but have to attend the 3-4 p.m. rehearsal before the event on Nov. 21. Immediately following the performance there will be refreshments in the gym.