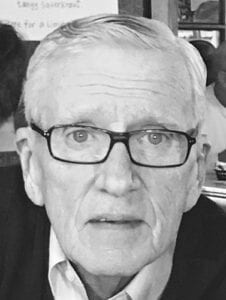 MICHAEL J. HEALY. It is with great sadness we announce Michael J. Healy passed away on Friday, April 23, 2021 at the age of 78 after battling multiple health issues.

Michael was born in Brooklyn, NY on November 16, 1942 to the late Michael and Sarah Healy. He graduated from Chaminade High School in Mineola, NY and attended Flint Junior College after moving to Michigan. It was on a blind date set up by his future in-laws that he met his wife Lynda Crank. They married on June 15th the following year. Together they had three children and were married for 52 years. Michael was known for his impressive athleticism and played multiple sports throughout his school years. Sports continued be an important aspect of his adult life and he loved to compete in golf, racquetball, softball, and bowling. That love transferred into coaching many of his children’s teams. He was also known as an enthusiastic spectator. Michael worked for Delphi-General Motors for 35 years before retiring in 2001.

Philanthropy played a significant role in Michael’s life. Giving back to his community aiding the elderly, disabled and less fortunate through both the United Way and Catholic Charities. He enjoyed being the local handyman for his family and neighbors, fixing everything from leaky faucets, to car brakes and remodeling basements. In recent years he enjoyed playing Euchre with friends and sharing his love of Lego building with his best friend and brother-in-law Lloyd. Like his father, he was a huge people person who never met a stranger. However, the most important thing to him was family. There was nothing he loved more than being “Papa” to his six grandchildren, who adored him equally.

A Memorial Service will be held at St. John Catholic Church in Davison, MI on Friday, June 25. Visitation at the church will begin at 11 a.m. with the service immediately following at noon. The Memorial will be live streamed with more information to follow.

In lieu of flowers, memorial contributions may be made to Catholic Charities, in Michael’s memory.