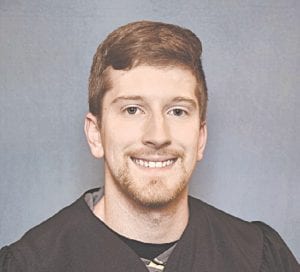 f you’re a native of Michigan, or have lived here for many years, you’ve probably become fluent in our state’s very own collection of slangs and colloquialisms…without even realizing it.

That’s right. We Michiganders have developed what’s called the Michigan Accent. Basically, it’s a mashup of Upper Midwest and Ontario accents, complete with terms and rearranged phrases that are characteristic to the Mitten State.

According to Word Nerd, the Michigan accent revolves around saving time and making things easier to say and pronounce. Perhaps it’s because we’re always in a hurry to prep for winter or get things done when Daylight Savings Time kicks in and robs us of an hour of daylight in the fall. Whatever the case, we love to string words together or shorten them altogether.

But it doesn’t stop there. Time after time, I find myself substituting “ki-nuh” for “kind of” and “yoosta” for “used to.” And I notice that many folks around these parts (me included) refer to the local Secretary of State’s office as “the Secretariah State.”

I’d be remiss if I didn’t mention the Michigander tendency to avoid using the letter “O” in everyday speech. For instance, Pontiac turns into “Pahneeack (with no ‘T’ at the end) and “hockey” rolls off the tongue as “haackey.” I’m not a trained linguist, but I suspect that we borrowed the “aah” sound from Chic-aah-go.

It’s also a well-known fact that Michiganders love to add an “S” to everything to make it possessive. I love seeing the puzzled looks expressed by out-of-staters when I tell them we’re going to “Meijer’s”—not Meijer.

Then there’s a great deal of Michigan slang that we like to sling around. Around these parts, we refer to soft drinks as “pop,” NEVER “soda.” If you want to purchase alcohol, you head to the “party store,” not a liquor store. And when someone mentions that they work at “the plant,” they’re usually referring to an automotive factory.

Folks from the Lower Peninsula and Upper Peninsula (ahem, the U.P.) even use their own regionalized slang to describe each other. Of course, those of use living in the “Mitten” refer to U.P. residents as “Yoopers.” In turn, they sometimes call us “Trolls” because we live south of (albeit “under”) the Mackinaw Bridge, or they label us as “fudgies” if we spend a lot of time touring fudge shops on Mackinac Island.

I’m sure that there are probably dozens of variations of what constitutes a Michigan Accent and many other Michigander terms that I don’t have space to cover. But in general, the Michigan Accent seems to follow a pattern of timesaving and wordmashing.

Overall, I think our blend of dialect/ terminology helps to add to the character and cultural flavor of our state. I, for one, find our Michigan Accent to be quirky but cool, and I’m proud to realize that I have my own way of “saying things.”

Ben Gagnon is a reporter with View Newspaper Group. You can contact him at 810-452-2661 or bgagnon@mihomepaper.com.