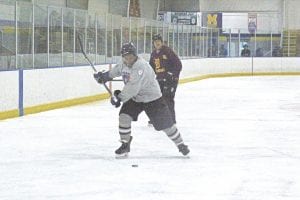 The Carman-Ainsworth 40+ team goes on the attack against Davison on Friday at Crystal Fieldhouse.

Teams were asked to bring five back packs and five hooded sweatshirts as part of the tournament’s charitable donations. 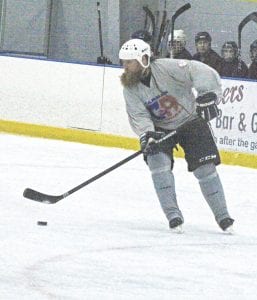