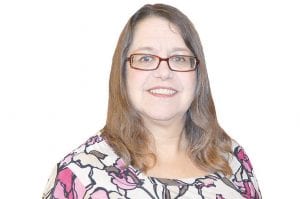 Back in the day, I occasionally heard about how “our freedoms are being taken away”—mostly in reference to someone not wanting to provide a service to someone who’s lifestyle they disagreed with.

I attended elementary school in California where students were required to pass a test on the U.S. Constitution before graduating 8th grade, which helped me understand those claims were dubious at best. The point of many of our Constitutional freedoms is to ensure everyone receives the same rights as others — regardless of their personal lifestyle.

The first 10 Constitutional Amendments, also known as the Bill of Rights, were put in place precisely because those freedoms were denied our founding fathers and their ancestors in the United Kingdom (as it’s known now).

Being a journalist I am obviously a huge fan of the First Amendment — the one that includes freedom of the press. Recently I was threatened with physical violence and other harm because I tried to explain to people on-line there is nothing illegal about anyone taking photographs of anyone, including children, in a public place—without permission of any kind.

I realize in this day and age this is an activity which many might find suspicious. But we are literally being photographed in public all the time by security cameras, innocent bystanders, and yes, journalists doing their everyday jobs.

Think how many parades, fire/police/ school open houses or fall/Halloween festivals/carnivals you have been to—just in the last two months. To expect no one to have taken a photo of your child during those events is unrealistic at best. Granted, 99 percent of people who may have done so, had no ill intention.

But if you’re a parent who is truly concerned about that other one percent, maybe you shouldn’t be taking your kids to those public events.

Let me be clear – I have no issue at all with a parent engaging me in a civil discourse about photographing their children and what rights they may have and what rights I may have. But to be threatened with violence for doing my job or even just trying to explain the rights I have in doing my job – well, that’s truly concerning to me.

These days, journalists seem to take a lot of flak — at least those who don’t report what their detractors want them to report. As a journalist, I try very hard to make my reporting fair and neutral and a reflection of the events which occurred. Of course, I don’t get to cover very many controversial things, unless you count property re-zonings.

I hope it would be obvious to most readers that there are at least two sides to every story. When people complain they don’t hear what they want to hear from journalists, I wonder about their critical thinking skills — don’t they realize not everything reported is going to be in line with their belief system? That people they like, and perhaps even voted for, might act contrary to how they thought they would act? That perhaps all those “fake news” people are not just making things up to earn a living, but they are actually reporting both sides of the story?

I think it’s high time people took a deep breath, counted to ten and thought about what is happening with all these acccusations of fake news (and don’t even get me started about conspiracy theories).

Do we want to return to the fifteenth century, where government and church leaders in England regularly banned handwritten books that challenged their power and killed people who were in possession of those writings?

I think all Americans should be concerned by attacks ¬— physical and otherwise – on journalists, and by schools banning books like “To Kill a Mockingbird,” as recently happened in a Mississippi school district.

I think it’s time people recognized that, while not perfect, freedom of the press is an essential American right and deserves to be supported — as well as called out when we get it wrong.