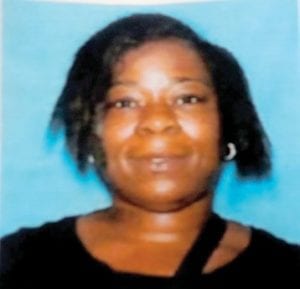 Police are seeking the public’s help in locating Laquandra Slater, missing since Dec. 2.

On December 8, police received a received a missing person report from the family of Laquandra Shavonne Slater. Slater has not been in contact with friends or family since December 2, according to the police report. Slater’s vehicle was located in the City of Flint in the area of Atherton and Van Slyke roads and it appeared to be abandoned.

Slater is described as a 38-year-old African- American female, 5-foot-four inches tall, 178 pounds, with short black hair. She has cheek, lip, and eyebrow piercings as well as multiple tattoos on her neck, arms, and legs.

Anyone with information about Slater or her location is strongly urged to contact Detective Hart at (810) 600-3250.