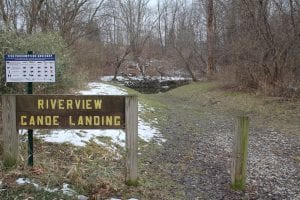 Rebeca Fedewa, executive director of the Flint River Watershed Coalition, told the Flint Township Board of Trustees at its Feb. 18 meeting, the organization will be doing work and clean-up at several sites along the Flint River that day and the Mitson Boulevard landing is included.

Fedewa said the landing has been used informally by kayakers to gain access to the Flint River, but the site, constructed more than 20 years ago, is frequently muddy and difficult to access going to of from kayaks.

Since last year the FRWC has been using the site more formally after creating a kayak livery service called Kayak Flint, which uses the Mitson Boulevard landing as an exit point along the Flint River.

“Over 600 people used our livery service last year,” said Fedewa. “It’s a nice spot, but it was constructed over 20 years ago and is in need of some loving.” 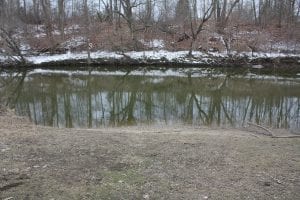 She said the group put chunks of indoor/outdoor carpeting into the banks to help keep kayakers from slipping as exit thei kayaks. Down the road, Fedewa said the organization would like to partner with the township to build landings similar to what’s in Mott Park.

Supervisor Karyn Miller, an avid kayaker herself, said some sort of structure is needed at the landing for people to get in and out of their kayaks.

“At Mott Park we have steps made from timber and concrete,” said Fedewa. “For the Mitson Landing timber and gravel might be enough, just some steps to go up. It would make it a great spot to visit – an important recreational amenity for the township.”

Fedewa said the April 25 Stewardship Day used to just be called a clean-up, but now involves more activities. She said they are looking for volunteers to help clean-up the Mitson Boulevard site.

“It’s become a popular site. Either the township or residents are doing maintenance of the brush. We had a picnic table there last year that we put away for the winter, but we’ll have it back out there this spring,” said Fedewa. “With the township’s permission we want to put a porta potty at the site.”

She said the FRWC is excited to work with the township, possibly developing a kayaking path down the Swartz Creek, past Pirates Park and ending at the Mitson Boulevard landing.

To learn more about the FRWC or to donate visit www.patronicity.com/paddlerslanding.

Anyone interested in volunteering to help out with the Mitson Boulevard clean-up April 25 can contact Flint Township offices at 810-732-1350 or email kmiller@flinttownship.org.