More excitement on the golf course plus NBA and NFL predictions 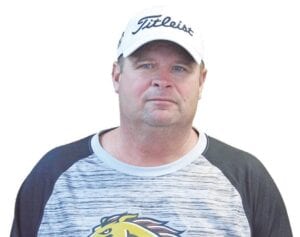 Cam had to win a three-way playoff against Troy Merritt and Joaquin Niemann. Cam Davis holed out a 50-foot sand shot on hole 17, which propelled him to the top of the leaderboard. The match took five playoff holes to decide the winner and Davis blew a few makeable putts, especially a six footer.

The golfer who should be kicking himself is Niemann, who missed a putt on the 18th hole from 17 feet for the victory.

This was the second week it took numerous playoff holes to determine the winner on the PGA Tour. Man, you have to love all the drama the PGA has delivered the past two weeks. It was excellent television for all of us golf fans.

The NBA Finals are down to two teams, who many believed would not be playing in the NBA Finals. Let’s say “hello” to the Milwaukee Bucks and Phoenix Suns. I would say it’s been a long time for both franchises as far as NBA Finals are concerned.

Let’s look at the Milwaukee Bucks whose only title came in 1971 with a man named Kareem Abdul-Jabbar. Yes, Kareem was not always a Los Angeles Laker. The last trip to the NBA Finals for Milwaukee was 1974 where they lost to the Boston Celtics.

The Phoenix Suns have gone to the NBA Finals in 1976 and 1993 and came up on the short end both times. The Suns are in search of their first-ever NBA Championship here in 2021. How bad have things been in Phoenix lately? How about Phoenix has missed the playoffs for 10 straight years until making it this season. The fat guy says, that is a serious drought for the Suns. However, those past 10 years can be erased with a NBA Championship here in 2021.

The boys in Vegas have installed the Suns as the favorites to win the series. I look at this series and ask myself, will Giannis Antetokounmpo, the Milwaukee Bucks star player play in this series?

He has missed the last two games with a hyperextended left knee. I can state with 100% of my simple mind if Giannis was healthy, the Milwaukee Bucks would be NBA Champions. What I believe though is he is not healthy enough to contribute enough on the basketball floor to propel the Bucks to victory. I am taking the Phoenix Suns and Chris Paul as the difference maker in the series. The Suns in six games to win their first-ever NBA Finals!

The Stanley Cup is headed for some serious sunshine as Tampa Bay holds a commanding 3-1 lead over the Montreal Canadiens. I give Montreal credit as they won game four to avoid being swept by the Tampa Bay Lightening.

I tip my fork to Montreal just getting to the Stanley Cup as they were the last team to make it in to the playoffs. The Tampa Bay team is just a better hockey club then Montreal. Case closed! I say, Tampa, let the Cup see the beach and get a sun tan!

The Detroit Tigers are playing better baseball as we head into the All Star break after Sunday’s games are completed. The All Star game will be played at Coor’s Field in Denver Colorado. The highlight for me is Shohei Ohtani who will both hit and pitch in the game! Who would have thought that was possible in today’s modern era of baseball? The Detroit Tigers lone All Star is relief pitcher Gregory Soto.