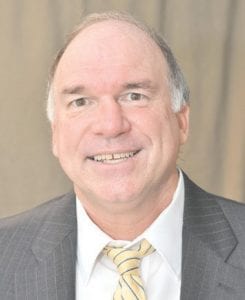 “We want to recognize this career milestone for Coach Schmidt and honor his commitment and dedication to his players not only on the basketball court, but also in their academic and personal success,” said MCC athletic director Al Perry. “Coach Schmidt’s tireless enthusiasm for coaching is evident at MCC — on the court and in the classroom— where discipline, unselfishness and accountability are the ‘Bear’ essentials.”

Honors on Saturday came from Michigan Senator Jim Ananich, along with the city of Flint, all of Genesee County and MCC.

Schmidt took over the Mott basketball program in 1991 and has been coaching for the 26 years since then. His teams have won more than 80 percent of its games and have celebrated four National Junior College Athletic Association National Championships in 2003, 2007, 2008 and 2012. Schmidt has eight NJCAA tournament Final Four appearances and seven championship game appearances. He has coached four National Players of the Year and 18 All- Americans during his tenure at Mott. Schmidt also holds the highest winning percentage in NJCAA National tournament history. Schmidt has led his team to nine regional, 10 state and 15 conference titles.

His impact with players is felt beyond their time together at Mott, as he has sent players to major NCAA conferences, including the Big Ten, Big East, SEC, Big 12 and ACC. In total, 85 former players have been able to continue their careers at four-year colleges and universities.

Schmidt is also a member of the Basketball Coaches Association of Michigan Hall of Fame and the Greater Flint Area Sports Hall of Fame. In 2016, CoachStat, a national basketball coaching publication, ranked him as one of the top five JUCO coaches in the nation. He was inducted into the NJCAA Hall of Fame in 2010. — J.O.