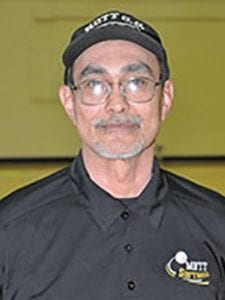 FLINT – If you have a daughter who plays softball at the lower levels, you’ll want to have her take part in the fifth annual Mott Community College Summer Softball Day Camp.

Run by fifth-year Mott Community College head coach Rod Studaker, along with a cast of renowned coaches, the day camp that runs June 15-17 is geared toward kids entering grades 5-8 in the fall in the morning sessions and high school girls entering grades 9-12 in the afternoon sessions. Camp is broken into pitching, catching and skills segments and includes hitting, throwing, fielding, bunting and base running.

Studaker, who was a one-year assistant coach at Mott before taking over the program, has won two league titles, one state title, a regional trophy and took his women’s program to the Nationals in Mississippi.

Studaker brought 15 years of varsity softball coaching experience to Mott. As a high school varsity coach he helped teams win nine league titles, seven district titles and made appearances at the state finals twice. He’s also a member of the Montrose Community Hall of Fame and was inducted into the Michigan High School Softball Coaches Hall of Fame in 2004. 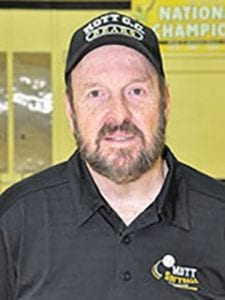 Helping Studaker at the camp are his assistant coaches Tom Weston, Charlie Barden, Zack Lach, Britt Newland and Mikayla Smith. Lach is a former member of the U.S. Junior Olympic Team (pitcher) and will run the pitching segment of camp. Smith was a high school All-State catcher and was named All- Region and All-Conference.

Camp will take place at Mott’s softball field in Kearsley Park on Nebraska Street in Flint. Cost is $90 for pitchers and catchers and $120 for skills players. Costs cover all three days of camp. Space is limited to 20 girls per session. Details: Studaker at 989-860-3931.