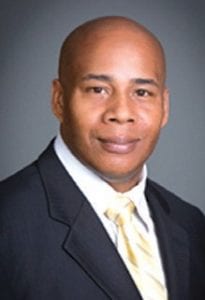 The new associate program officers will work for the Pathways Out of Poverty and Flint Area grantmaking teams, respectively.

“Each of these new program officers brings a unique set of skills that will enhance and expand the Foundation’s grantmaking expertise,” said Neal R. Hegarty, Vice President-Programs. “Their combined experience with Michigan’s philanthropic sector, as well as in the areas of education and workforce training, are well-suited to inform and assist the Foundation’s efforts to respond to local, state and national opportunities and challenges.”

Pardoe, who most recently directed The LEAGUE Michigan, a statewide K-12 service learning and philanthropy program of the Michigan Nonprofit Association (MNA), will join the Pathways Out of Poverty team. She joined the MNA in 2006 after serving as manager of community relations at the Pistons Palace Foundation for Palace Sports and Entertainment in Auburn Hills. 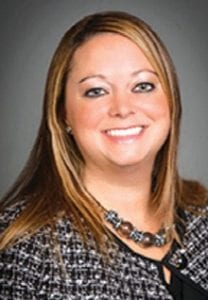 A graduate of Central Michigan University in Mount Pleasant, where she received a bachelor’s degree in Applied Arts in Commercial and Community Recreation, Pardoe earned a master’s in Public Administration in Nonprofit Administration from Grand Valley State University in Allendale, Mich. Her initial assignment will be in the area of K-12 and afterschool education.

Pardoe’s background includes working for the Council of Michigan Foundations in Grand Haven as a program associate and managing grant requests for the Isiah Thomas Foundation in Birmingham.

Stallworth, who will join the Flint Area grantmaking team, was director of Learning Services for the Council of Michigan Foundations, where he also directed the Transforming Michigan Philanthropy Through Diversity & Inclusion initiative. From 2008 to 2011, he was a program director for West Michigan TEAM, a nonprofit organization pioneering breakthrough approaches to workforce development in Grand Rapids.

Originally trained as a CNC (computer numerical control) machinist, Stallworth worked for the Robert Bosch Corporation in Kentwood, Mich. Taking advantage of worker retraining benefits, he earned an associate degree in English Language and Literature from Grand Rapids Community College. After receiving a bachelor’s degree in Political Science and English Literature from Grand Valley State University, Stallworth was awarded a master’s degree in Public Administration from Grand Valley State University in 2010. During that period, he worked for Ranir LLC, a manufacturing firm based in Grand Rapids.