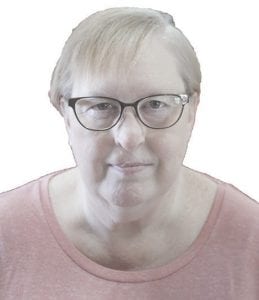 After originally planning to move from Bay City to a place closer to work last August, I’m at last writing this column from my new home in Davison Township. I grew to like this area while covering the city, then the township, but I never liked the hourlong commute and was dreading the drive during the winter months.

So far, the weather has been fairly kind, but now that I’m covering the Grand Blanc area, I need to spend more time down this way, so the commute had to end.

Even though I had been talking about moving down here for months, my oldest daughter acted as though she’d never heard a word about it until I asked for moving help last week. She tried to lay the granddaughter guilt on me, saying 5-year-old Ella would be heartbroken that Grandma was moving – until I said I’d start keeping her for whole weekends instead of just one night. See, always a silver lining!

I moved here on Sunday, and two of my younger daughters texted me Sunday night and Monday to say they already missed me. As a public official told me recently, they never want you til you’re gone. So, do they miss me or the ability to drop by and borrow money from me? Do they miss me or the convenient free babysitting?

I brought my bedroom furniture, all my work equipment, some kitchen stuff, a new TV for the den and my sweet Chloe. Enough things to sleep, eat, work and stay caught up on “The Outsider” and “The Walking Dead.” The lease on the Bay City house isn’t up until the end of March, so there will be a much bigger move then.

Downsizing from a fourbedroom house to a twobedroom apartment is quite an undertaking, even when you get a den in the bargain, so it will take some time.

I haven’t even begun to think about looking for a new doctor and dentist for me or a new vet and groomer for Chloe. I can still get my groceries at Kroger, but my quick trips to Target are done. I’ll have to become better organized to make that stop when I visit Bay City. I also have to figure out where best to keep up with movies so I can feed my film habit of seeing the new releases when they’re new.

This is the first time in nearly 30 years I have not lived with at least one child. I’m enjoying the solitude so far, but I doubt it will be long before I miss them, too. An hour is not so far away. My parents used to drive us that far nearly every weekend to see our grandparents.

Now I’ll have to commute to see all the kids and grandkids. No offense to the public officials, but I think that commute will be a little more fun.

Jalene Jameson is a staff writer for the View Newspapers. Contact her at jjameson@mihomeppaer.com.