Mundy Township closing in on opening of Hill Road park 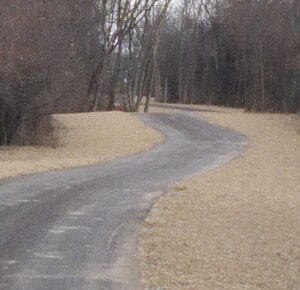 MUNDY TOWNSHIP — After months of excavation and construction at the 100-acre wooded site on Hill Road, Mundy Township is almost ready to reveal the first phase of its new park.

“We are on the cusp of opening,” said township Manager Chad Young. “I’m very excited to say that, after a long year and a half, construction is in the final phases. We are going through restoration and planting vegetation, and the target for the soft opening is the first week of December.”

The park is tucked behind the bustling commercial corridor on the north side of Hill Road between Van Slyke and Fenton roads, just west of Assenmacher Bicycle Company.

Township officials would like to have a grand opening in the spring. At that time, if the Miracle League of Flint has met its fundraising goals, ground may be broken on the county’s first fully-accessible baseball field.

For now, a two-mile, non-motorized trail winds its way through the former farmland that was allowed to return to a wild and natural state some 40 years ago.

There also is a sledding hill, although it remains unclear whether the hill will be usable this winter.

“The grass (on the hill) is not growing yet, so right now it’s just a big dirt pile,” said Young. “We’re debating whether to fence it off to discourage people from getting all muddy, or leave it there for the brave to do what they will.”

The 10-foot wide asphalt trail will not be plowed, so it will be usable for cross-country skiing and snowshoeing.

“The future ambitions are to break ground on the Miracle League field in the spring and, around the same time, the township wants to build a pavilion with restroom facilities, picnic tables, etc.,” Young said.

Benches and picnic areas also are planned along the walking path.

Township officials also are exploring interconnecting the park with the Elmer Knopf Center and Carman-Ainsworth Middle School. The township Board of Trustees this week voted to request the use of federal Community Development Block Grant funds to install a sidewalk from the Knopf center, through the middle school campus, to the park property.

“It’s in the very early stages right now,” said Young. “We have to have meetings with all the stakeholders because it would have to traverse Carman-Ainsworth Middle School (property).”

Eventually, the township could pursue grants to install walkways around the entire square mile along Hill, Van Slyke, Maple and Fenton roads, he said.

“We’re excited to get the initial construction phase capped off,” Young said.