Music lost some greats in 2017 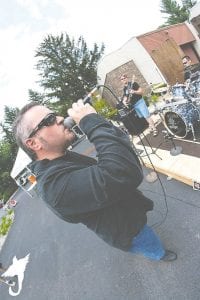 Looking back at the year in music, 2017 may have been most notable as the year of the heartbroken fan. Be it from accident by way of excess or circumstance, tragic illness of body or mind or just the rigors of age, tiles in the soundscape of my youth fell by the wayside in alarming numbers. For some, it may feel disingenuous to mourn a person you have never met and may not have liked if you had. Personally, I’m not impressed by fame or money and I detest the zeitgeist of celebrity worship. But songs can take on a deeper meaning through By association with events or relationships that endear an artist to us at a level that feels personal.

Case in point; when I think of the magical Christmases of early childhood I can’t picture them without hearing my mom singing along with Glenn Campbell’s “Old Toy Trains” from his Christmas album. And so, Glenn felt like a family friend all my life and I was very sad at his illness and passing. Tom Petty wrote songs that spoke to me when I was an adolescent, young adult, and a middle aged man. I never met Chris Cornell, Gregg Allman, Fats Domino, or the brilliant Gord Downie, but for widely varying reasons felt an unearned kinship and marked their passing sadly.

When Pat Dinizio of The Smithereens passed away last week, I’m not ashamed to say I cried for a solid hour. I worked second shift the first eight years I was a father. I used to race home to try to see my kids before they went to sleep and it broke my heart when I didn’t make it in time, which was most nights. Sometimes I would sing Pat’s beautiful song “I will kiss your tears away” to them. Sometimes I would sing it to myself when I missed them. Sometimes I still do. Again, I never met Pat Dinizio, but I felt a strong appreciation and affection for him for all he added to my life. What’s the point? The people within your immediate reach should always be more important than those who add to your life from afar, but that doesn’t diminish their contribution. Mourn the loss, celebrate the gift of song, and support your music community. They are writing the soundtrack of your family’s life.