My favorite time of the year March has arrived 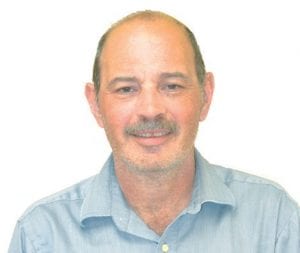 The calendar has changed and the month of March is here. This is without question my favorite month of the year.

This is the month where more pretenders are separated from contenders than at any other time of year.

From men’s and women’s college basketball, to boys and girls state tournament hoops, the cream will rise to the top. But there is always room for a Cinderella or two to make things interesting.

Here at home the girls’ basketball and boys’ hockey tournaments are starting. The best girls team we have in the area is Lapeer.

The Lightning have overcome an early knee injury to point guard Lexi Fisher and finished the season strong. They have to be considered the favorite in their district. Lapeer’s win over Saginaw Monday night put it in the district semifinals against Kearsley. The rest of the teams left in the district don’t match up well with the Lightning.

Lapeer has a power game inside with Sam Thick and an outside game with Ashleigh Garcia, Lisa West and Tori Tripp. The Lightning are difficult to stop anywhere on the floor.

They should have no trouble advancing to the regionals next week. But that’s when Lapeer will face its first real competition.

The Lightning could face any number of teams that could put an end to their season. Flushing (18-2), Carman-Ainsworth (15- 5) and St. John’s (17-3) make up just one of the three districts that will join the Lightning in the regionals.

Saginaw Heritage (19-1) or Midland Dow (17- 3) will come out of the district at Mt. Pleasant. Marquette, who is 18-2 overall, is the favorite in the other district at Petoskey.

If Lapeer can survive and advance against this competition, it can compete with any in the state. We’ll just have to wait and see what happens.

Switching over to the frozen pond, the Alliance is the area’s best hope in hockey. It has been playing well all season.

The Alliance’s first line of Adam Green, Zach Kippe and Logan Hendrickson is as good as advertised. But as the season has worn on, others have stepped up their game.

Players like Donovan Dumoulin, Tim Ratliff, Hunter Gajda, Kurtis Winget and Trevor Turton have been contributing more every game. And let’s not forget the play of goaltender Max Hubbell.

The Alliance enter tournament play with a sparkling 23-1 mark. It is the odds-on favorite to win the regional in Flint.

The Alliance’s only true test could come from the Swartz Creek/Clio/Flushing co-op. But it should have no trouble moving on to the quarterfinals.

That’s when things get interesting. If the Alliance makes it all the way to the Elite Eight, it will more than likely face No. 1-ranked Detroit Catholic Central.

The Shamrocks have lost seven games this season and are still the top team in the state. The first seven minutes could very well determine the outcome of this one.

There is no doubt CC will come out and apply plenty of pressure early. If the Alliance can survive this expected, early onslaught, it could stay in the game.

But even if that happens, the Alliance will have to score like they have all season to have a chance to win. Beating CC would be monumental, eight days from now we’ll know if it actually happened.