My surgeon teaches me about liver transplants 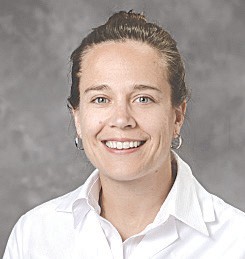 (Editor’s note: This is the third in a five-part series where I will recount my battle with cirrhosis of the liver and the life changing transplant I received in September. My story is an account of how I overcame my illness, but mostly I hope to heighten awareness about the organ donor program.)

Surprise! You may have thought my story would continue with this column, but I’m taking a little detour this time.

My previous entry in this series had me on the operating table. For more than eight hours I was under anesthesia and hadn’t the slightest clue what the surgery was like. But there was one person who was there during those hours, my surgeon Dr. Kelly Collins, M.D., at Henry Ford Hospital in Detroit.

I recently interviewed Dr. Collins and we talked not only about my surgery, but her career in liver transplant, cancer surgery, intestine transplant, kidney transplant, liver cancer and pancreas transplant.

Collins said she started off her medical career as an OB-GYN after medical school, but realized she wanted to take care of people suffering from disease rather than performing general health care.

“Early in my residency I had a chance to do transplant surgery,” said Collins. “I liked the team aspect. Everyone has to work together. There’s also the continuity of care. You follow people for a long time and see their progress, and as a doctor you stay abreast of issues they have.”

Collins said transplant medicine was also attractive to her because it is a difficult operation, which she said she finds challenging, but rewarding.

Collins, who attended the Medical College of Wisconsin, in 2007, said she began in transplant medicine during her fellowship. She has been performing liver transplants, both on adults and children for two and a half years at Henry Ford

In 2017, Collins said there were greater than 10,000 deceased donors in the United States, saving the lives of some 16,500 people – a new high in transplants.

A check with Gift of Life shows donor number trends dating further back. A snippet from their yearly report says: “Gracious Michigan donors and their families provided 320 organ donations in 2017, resulting in 876 organ transplants. (This was the second highest number of donors in Gift of Life Michigan’s history!)”

Right now, there are 409 people in Michigan waiting for a liver, per UNOS (United Network for Organ Sharing). Further data is available at optn. transplant.hrsa.gov/data/view-data-reports/ state-data/#

When people think about being an organ donor, Collins said many think they are not able to donate, for various reasons. However, that’s not always the case.

“It’s hugely important that people not think they are unable to be a donor because of age or health,” she said. “The liver and human tissue are very resilient. One of the jobs of Gift of Life and a transplant surgeon is to decide if a gift can be utilized.

“We can almost always utilize something given by a donor.”

As for my surgery, Collins – having performed 35 similar surgeries in 2017 – said she could not recall many details. She did review notes on the procedure and shared that my surgery took longer because I previously had pancreatitis, which left scarring and made for a longer surgery.

During this period, she said, there has been an increase in the complexity of the patients undergoing transplant as well. From 1988-1998, the 3 and 7 year survival rate was approximately 67 percent.

Collins said she feels particularly lucky she gets to work with lifestyle coaches, people who have been through transplants who volunteer to talk to new transplant recipients about what they can except during life after transplant.

“I learned a lot through them to encourage people post-transplant that life isn’t without its issues as well,” said Collins. “We encourage patients to live your ‘new normal’. You have received a gift not everyone gets, many don’t survive without the gift of life, so those who struggle after transplant don’t always know how lucky they are.”

I can say, after all I’ve been through, I do know I am lucky. I won’t take this second chance for granted. And thank you again, Dr. Collins, for giving me my new lease on life.