Nation needs to return to being civil, like after 9/11 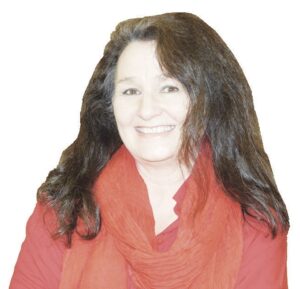 I, like everyone else who is old enough, remember exactly where I was and what I was doing. I was the police and fire reporter for one of the daily newspapers in mid-Michigan back then. I was monitoring the scanner because there was a search going on for an inmate who had escaped while being transported to court.

When one of the copy editors jumped up and shouted that a plane had hit the World Trade Center, I thought little of it. I envisioned a small airplane, probably a two-seater with an inexperienced pilot or some sort of equipment malfunction.

I had other things on my mind.

My co-workers gathered around the TVs in the newsroom, chatting amongst themselves. I was getting irritated because, didn’t they have work to do? What did New York have to do with mid-Michigan, anyway?

The next thing I remember is hearing a coworker shout, “What?” and an eerie silence swept through the newsroom like a palpable wave.

Time stopped in that moment.

Someone said, “Oh, my god. I think we’re under attack,” and I could feel goosebumps rush through me, from the top of my head to the tips of my toes.

It was very overwhelming. It was difficult to process the full magnitude of this new reality because we were all so focused on our assigned tasks in the moment.

When we could take a breath, we talked about how everything had changed, not just for a little while, but forever. And we talked about how, if there was a silver lining to this dark cloud, it was that we were now unified, one nation under God.

I remember I co-worker saying, “I wonder how long that will last.”

Twenty years later, we know it didn’t last very long. It didn’t take long for the animosity and nastiness toward each other to return. And, of course, the advent of social media only magnified that.

We have always been a nation of diverse points of view, right from the get-go when some called for revolution even as others remained loyal to the crown.

I believe that a thorough discussion of varying viewpoints is healthy. But I’m amazed at how difficult that has become.

I learned the hard way not to ask questions to try to understand a different point of view, or better understand my own view. I learned that a simple question will unleash a barrage of vitriol.

But if we keep going on this path of unchecked emotions, and name-calling, and lack of respect, and the us versus them attitude, we all lose.

Lania Rocha is a staff writer for the Genesee County View. Contact her at lrocha@mihomepaper.com.