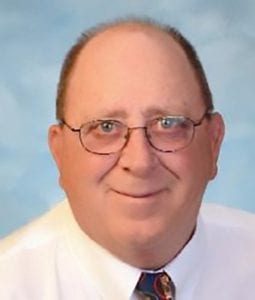 LANSING – Former Lapeer West varsity wrestling coach John Virnich was inducted in 2009 and Imlay City and Olivet College wrestler, Imlay City assistant coach and current president of Page One, Inc., Randy Jorgensen, was inducted in 2010. Five new members will become inducted into the National Wrestling Hall of Fame Michigan Chapter (NWHOFMC) at a ceremony at Michigan State University on May 22.

The NWHOF-MC was founded as a non-profit organization in 1976 to honor the sport of wrestling, preserve its history, recognize extraordinary individual achievements and inspire future generations. The hall is located in Stillwater, Okla. and has the largest collection of wrestling artifacts and memorabilia in the world. This year the NWHOF celebrates its 40th anniversary.

Virnich and Jorgensen were both enshrined as Lifetime Service to Wrestling honorees. NWHOF President Eric Kopsch noted that the award is given in recognition of more than 20 years of service and dedication to the development of leadership and citizenship in young people through the sport of wrestling; or in consistent high levels of officiating performance, length of service, integrity, impartiality, moral character, and development of young officials and leadership.

This year’s inductees include Rudy Williams, a six-time National Champ from Romulus; Don Hill of Troy, a 45-year coach; Ron Nagy of Hazel Park, an athlete, coach and Michigan Officials leader; Steve Goss of Bay City, a national champ, coach and All American; and Bill Davids of Hazel Park (now living in Taylor Falls, Minn), a national champ, coach, All American and Big Ten Champ at the University of Michigan.

Virnich led Lapeer West to two back to back Div. II state titles in 2000 and 2001. In his 10 seasons at the helm he coached 10 individual state champions, 34 state place winners and 68 state qualifiers. In 2001 Lapeer West ranked 20th in the nation earning Virnich the National Wrestling Coaches Association Coach of the Year honors in Region 4. He was also named Michigan Coach of the Year in 2001. His teams won three regional and nine district titles. Virnich started and ended his high school coaching career at Algonac High, returning there after he left Lapeer West. He also coached in Illinois before coming to Michigan in 1991.

Jorgensen wrestled for Imlay City and Olivet College and was an assistant coach at Imlay City for more than 20 years, 1981-2204 under then coach Ken Day. Jorgensen’s collegiate coach, Jare Klein, was inducted into the NWHOFMC in 2007.

The Hall of Fame banquet takes place at the Kellogg Center on the campus of MSU. Tickets are available by contacting Kopsch at ekopsch@comcast.net or at 248-642-9191.