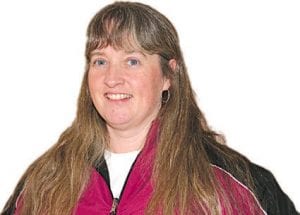 As reporters, we’re often tasked with taking the negative aspects and turning them positive. Sometimes, though, it’s just a matter of telling it like it is, positive or not. Several negative national story lines seem to steer the ship in that direction over the past week or so.

Greece is trying to disguise its big black eye after having to announce—and in an Olympics year noless—that it has suspended all athletic operations because of "severe spending cuts". Ouch.

Greece has been fighting a three-year long financial crisis that apparently isn’t getting any better. Officials are urging a remain-calm attitude, pointing out that the May 10 flame-lighting ceremony surrounding the 2012 London Olympics will still take place. However, the nation also looks to steer the big public eye away from the once pristine athletic facilities that were built when Greece hosted the Summer Games eight years ago. In light of the immediate stoppage of all domestic track and field events, including a multi-site meet May 12-13, many Greek nationals are coming out of the woodwork to turn that prying eye back onto the crumbling facilities in hopes other countries will come to their aid.

The selection process for Greek’s representative athletes in London goes on, but those athletes want the rest of the world to see what has become of their venues that were promised to be kept up and current. Coaches, suppliers and others involved in Greece’s athlete circles have reportedly been unpaid for close to 10 months now and the Board of Athletics Federation "unanimously decided to suspend all domestic sporting activity until decisions to make unfair and selective cuts in funding are reviewed".

The same federation was quoted in the AP as "calls on the sporting leadership… to intervene and avert the economic dead-end and the disintegration of track and field."

Further cuts within the next two weeks could also jeopardize the European Championships. What a shame; especially during a time when athletics should be celebrated, not torn down.

Closer to home, millions of viewers watched another meltdown by golfer Tiger Woods during last weekend’s prestigious Masters tournament in Atlanta. He’s since apologized for his swearing and club kicking after taking a chunk out of the 13th tee box and kicking his club a reported 15-feet or so on No. 16 after shanking a shot.

That’s called conduct unbecoming of an athlete and every child and adult has that drilled into their head from the time they first pick up a golf club, baseball bat or racket. It wasn’t just another black eye for

Tiger by the ear and thrown him off the course. Many at my Easter brunch table noted that if it were anyone other than Tiger, they would have been suspended fined and kicked out on their rear. Others joked that maybe next he’d throw his bag into one of the water hazards.

We all have frustrations in our athletic endeavors, but when you’re not just a role model, which some still consider Woods for his golfing prowess, you’re held to a much higher standard and rightfully so. I’m such Gary Player, Arnold Palmer and Jack Nicklaus, all who kicked off the tournament had to have been shaking their heads at Woods’ bad behavior. The on-air commentators sure had trouble biting their tongue and not speaking out about this display.

Then Spartan fans had to hear about more poor choices when Derrick Nix was arrested for driving while in possession of controlled substances. He’s been indefinitely suspended from MSU’s basketball program and could very well have just seen his hoops career come to a shameful end. Coach Tom Izzo minced no words about his disappointment and his responsibility to set the right example for everyone looking at his program. Football coach Mark Dantonio has been down a similar road in recent years when several players exercised poor judgement. Conduct unbecoming an athlete. Zero tolerance is the way to go and it sets the right example for anyone who likes to say it’s just young adult learning their way. Darned right. With poor choices come the consequences.