Never too late to set a record 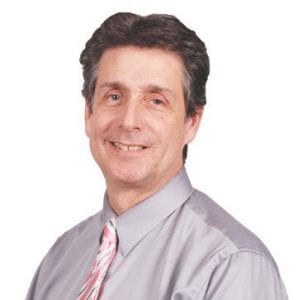 Today is the first day of spring. We’ve finally made it to the official start to the long-sought transitional season that takes us to summer. In about a month the grass will start to turn green again, leaves will appear on trees and living will get a little easier — welcome news, especially after the kind of winter we will say goodbye to.

But consider this before you contemplate stashing the windshield scraper or heavy boots away for the season. Genesee County and southeast Michigan have experienced one of the snowiest winters in a long time — in fact, we’re only 2.9 inches away from breaking our all-time winter snowfall record.

Wouldn’t it be a shame to get this close after all the misery we suffered and not at least have some official record of the winter that wouldn’t end?

But after checking with the good folks at the National Weather Service on Monday, the computer models suggest there’s still an outside chance we’ll get the additional snowfall to set a record, before this edition of the paper lands in mailboxes Thursday.

It’s sort of like the 2008 season of the Detroit Lions. You remember that one, when the Lions became the first team in NFL history to compile a “perfect” 0-16 record in regular season play. They were so bad many of us secretly hoped they would continue their losing streak if for no other reason to set a record to remember the-then lowly Lions for earning the dubious distinction of losing every game they played that year. Like they say, if you’re good at something… We have that chance over the next few weeks to set the record for snowfall. And why not? What’s a few more inches after we’ve shoveled and plowed more than 90 inches of snow this winter. Detroit and Flint are very close to setting all-time records for total snow in a winter. The season snowfall record is 93.6 inches set in 1880-1881.

We won’t set any record today. Thursday, the first day of spring that officially begins at 12:57 p.m., should deliver sunny skies and highs in the low 40s.

The end-of-the-week forecast may prove interesting. A weak storm system is projected to slide across the Great Lakes region Friday night into Saturday morning. As is typical this far in advance, there are some differences among the NWS computer models. One tract puts us in warmer air and gives us a chance for moderate rain, enough to force worms from the ground and give hungry robins back from their winter break in the southern United States something to eat. However, the other models position the weather system moving along a farther southern track, which puts us in better position for accumulating snow. If the southern track materializes, it could bring 1 to 3 inches snow to the region — possibly just enough to break the snowfall record.

So here’s to setting a record. But then winter can seriously end. Oh, for those counting — summer starts in 95 days.