New Gift of Life coordinator reaches out to community 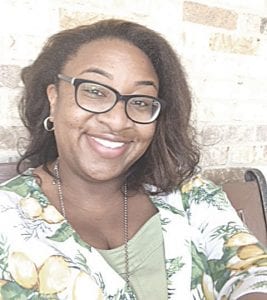 GENESEE COUNTY — Shalonda Griffin said she hopes she can dispel many of the misconceptions and myths about organ donation in both Genesee and Saginaw counties.

Griffin, 39, is the new community relations coordinator for Gift of Life Michigan in Genesee and Saginaw counties and has been on the job since Feb. 26.

Gift of Life Michigan, headquartered in Ann Arbor, is the state’s only federally designated organ and tissue recovery program, providing all services necessary for organ donation to occur in Michigan. They’re a non-profit organization working 24 hours a day all over the state as a liaison between donors, hospitals and transplant centers.

As community coordinator, it is her job to go out in the community and talk about organ and tissue donation. She has been making the rounds at churches, public events and at community group functions.

“I usually go to a place or event and I have a Gift of Life volunteer with me,” said Griffin. “We sometimes have a booth where we sign people up as organ donors, we talk to them about organ donation, encourage them to be on the list and show them how easy it is to sign-up.”

Gift of Life volunteers are usually someone affected by organ donation, whether they are a recipient or have somehow been touched by the process.

Griffin, who worked for the Genesee District Library for more than 12 years, said she applied for the job with Gift of Life because she has a friend who was affected by kidney failure.

“It just broke my heart,” she said. “I did my research and found out there are 3,000 people in this state alone waiting for a transplant. They still have to try to live the best they can while waiting for a donor.”

She said it’s important to get people on the organ recipient list if they need a transplant. The wait for a kidney can be between 4-7 years.

Griffin said as she makes her rounds in the two counties, she is keeping track of how many new donors she recruits. At the recent Flint Pride event she said she added 43 new donors to the list. At the Bay City Pride parade, she signed up another 27 donors.

“I meet a lot of people,” she said. “Many are excited to see us and they sign up. We meet some who are apprehensive.”

She said some people think if they are registered and something happens to them, such as an illness or they are injured in an accident, doctors aren’t going to do all they can to save them because they are a donor and can help other people.

One donor can save up to eight lives and can provide tissue for up to 75 people.

“As long as they have the information in their hands, maybe the next time they are at the Secretary of State, or knows someone who needs a transplant, they can sign up for the organ donor list.”

Griffin will be at the Rock the Island Christian Music Festival on Ojibway Island in Saginaw, July 21, with more than 5,000 people in attendance. She said there will be a Gift of Life booth there where people can get information or register.

“What is really exciting for me is to know someone recently became an organ donor because of the information they received from me,” she said. “That makes me feel good, because I know they can help a lot of people.”

To register as an organ donor, you can ask at any Secretary of State office or go online at https:// services2.sos.state.mi.us/OrganDonor/ Pages/Registry.aspx. Don’t assume you can’t be a donor due to health or age – let doctors make that determination when the time comes. Signing up takes just a few short minutes.