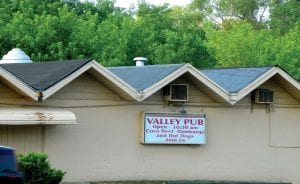 Township board is again considering request to reopen bar on Corunna Road.

FLINT TWP. — The township board of trustees postponed a decision on a liquor license transfer request after learning that its approval may no longer be necessary.

A request for Class C liquor license transfer for the Valley Pub, 4186 Corunna Rd. was slated to come before the board for the second time at its Monday night meeting.

But the board put off consideration until its Aug. 20 meeting with the consent of attorney Roger Isaac, representing the bar’s new owners. Isaac informed the board that a new state law no longer requires the board’s approval for a liquor license transfer.

Effective July 1, the Michigan Liquor Control Commission changed it policy for obtaining and approving liquor licenses. Under the new law, approval from local units of government only is required for new licenses, but not transfers of ownership, interest or location.

Isaac noted that the bar’s location already has an existing license that only requires transfer to the new owners.

In May, the board denied a request for the license transfer citing the bar’s noncompliance with the township’s food ordinance and the fact that it has been a trouble spot for many years.

A township ordinance requires food service at all establishments serving alcohol be a minimum 30 percent of gross receipts. The existing bar lacks facilities to provide that.

Also, it is located next door to the Economy Motel, a trouble spot where police in March arrested five people in connection to the shooting death of a 55-year-old Grand Blanc woman who was carjacked at a nearby gas station.

Isaac indicated that the new owners plan to invest $65,000-$70,000 to improve the appearance and amenities of the facility. That will include installation of a full-service kitchen and other interior and exterior improvements including windows, siding and landscaping.

The new owners also have commissioned a menu created by Luis Fernandes, general manger and chef for the Redwood Steakhouse in Mundy Township, he said.

The original application also included a request for a dance permit which was not discussed at Monday’s meeting. Under the new law, approval still is needed from the local government unit and law enforcement for dance and entertainment permits.

Isaac said he was aware of public sentiment against the bar, but it is unfair to blame a business for the activities of a criminal element existing in society.

Clerk Kim Courts said she had attended a meeting with Police Chef George Sippert where it seemed the new law makes it possible for “passing out liquor licenses like candy.”

“This is our backyard,” she said. “If the new owners do not follow through on the $65,000 investment the township board is not going to be happy,” she said.

Isaac said the owners were not trying to scam the board and were willing to post a bond with a title company and draw from it like a construction loan.

They had intended to have the renovation work done by September 1, but with the postponement of township approval of building plans would probably not be ready to open until around November 1, he said.