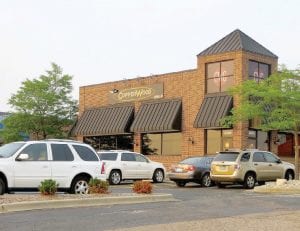 CopperWood Grille is a new restaurant at the Lincor Plaza.

It opened in mid-May in a building briefly occupied by Beef & Barley American Kitchen, which closed earlier this year. Prior to that, for 18 years, the spaced housed Ruggero’s Italian restaurant before it moved in July 2012 to a new spot on Corunna Road.

CopperWood Grille is an affiliate of the long established Redwood Steakhouse and Brewery in Mundy Township. A large banner displayed on the side of the CopperWood building advertises it as the “home of comfort foods and craft beers.”

A full menu is posted online at www.redwoodsteakhouseandbrewery.com/copperwoodgrille. htm