New Year’s traditions from around the world 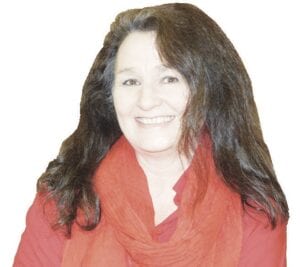 As 2020 drew to a close, I became curious about New Year’s traditions around the world, perhaps because I listened to Christmas documentaries for hours while baking about a zillion Christmas cookies.

Anyway, I discovered some interesting information that I think still rings true even though we rang in the new year seven days ago.

Most of the traditions center on the notions of getting rid of bad luck, welcoming good luck and prosperity, and encouraging one’s wishes to come true, whether for love, health, wealth or happiness.

Some of the traditions seemed bizarre. For instance, I read that, in Romania, there is a custom of wearing bear skins, playing pan flutes and drums, and dancing in the streets to ward off evil spirits.

In Peru, there is a tradition called Takanakuy, which means “to hit each other.” Basically, they fist fight to settle disputes and start the year with a clean slate.

The Danes have a similar “clean slate” ritual: they smash plates on people’s doorsteps to leave behind any ill will.

A lot of traditions involve food. A Spanish tradition involves eating 12 grapes as the clock strikes 12 times in the seconds before midnight. This is said to bring good luck.

In Turkey, the custom is to sprinkle salt on doorsteps at midnight to bring peace and prosperity.

A tradition that derives from the southern United States involves eating Hoppin’ John – black-eyed peas, ham hocks and rice – to ensure wealth and good luck. As I continued my research, two customs struck a chord, one from Japan, the other from Greece.

In Japan, it is the practice to eat Toshikoshi soba, or long, buckwheat noodles. Basically, the name translates to “yearcrossing” and the dish symbolizes the crossing from one year to the next. It also signifies letting go of the past year’s regrets.

I don’t know about you, but I find that regret is very difficult to let go. It is so firmly ingrained because we don’t want to make the same mistake, and because we always wonder, “what if?”

In the latter respect, regret is so destructive, and a hindrance to growth. As for the mistakes, perhaps the incident that led to the regret taught us a valuable lesson; or maybe we had known that lesson all along, but we made a bad choice, anyway.

Either way, it’s OK to just let it go. You can even come up with your own ritual. Write it down and burn the paper or bury it. You don’t have to forget about it, but you don’t have to camp there, either.

This brings me to Greece, where there is a custom of hanging onions on doors to signify growth and rebirth.

Will you grow this year, or stagnate? Will you be a better person in December than you are now? Give it some thought. Break it up into small steps. Write it down and check your progress periodically.

Most of all, focus on the positive. Otherwise, you’re basically just fist fighting yourself in your own head.

Lania Rocha is a reporter for the Genesee County View. Contact her at lrocha@mihomepaper.com.